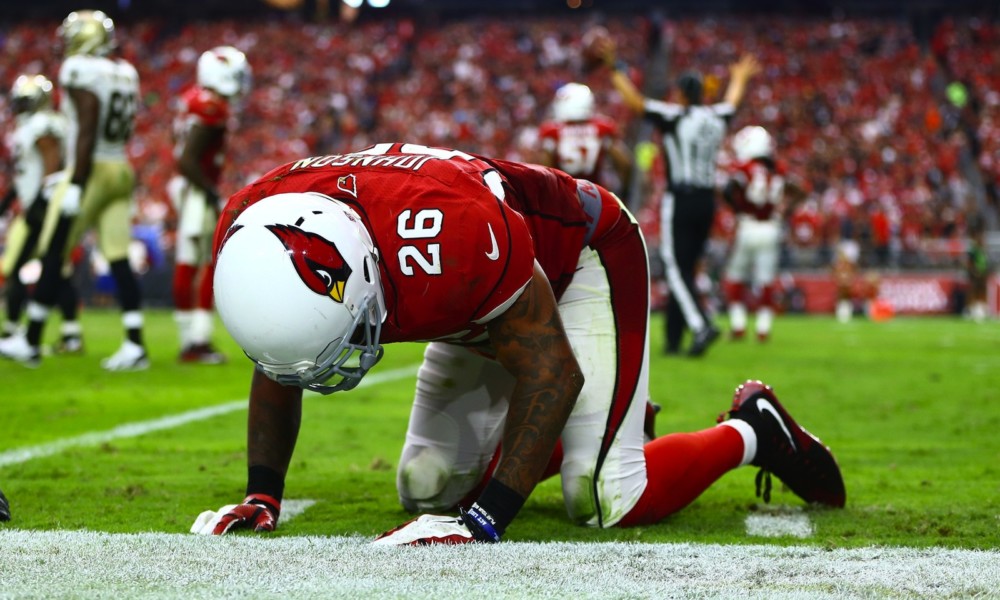 Arizona’s secondary led by free safety Rashad Johnson limited much of Baltimore’s big plays Monday night at University of Phoenix Stadium (Phoenix, Ariz.). The Cardinals forced three turnovers, with two coming off fumble recoveries in a 26-18 victory over the Ravens.

Johnson, a former Alabama standout and seven-year veteran, finished with eight total tackles (second on team). All eight of his stops were unassisted and he was solid in run support, limiting Baltimore to 55 rushing yards on 15 carries. The former third-round pick (2009 NFL Draft) has 25 total tackles on the season and leads the team with three interceptions.

Arizona is now 5-2, which leads the NFC West.