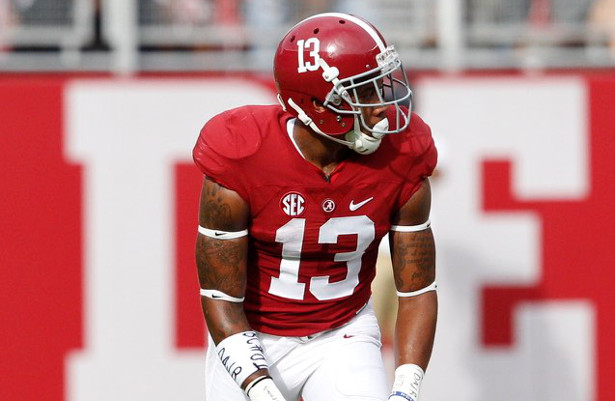 Alabama improved to 7-1 on the season and 4-1 in conference play, after a 19-14 win over Tennessee last week at Bryant-Denny Stadium. Senior quarterback Jacob Coker completed 21 of 27 passes for 247 yards and led a game-winning touchdown drive in the fourth quarter. Running back Derrick Henry continued his streak of consecutive games with a least one rushing touchdown. The junior totaled 143 rushing yards and two scores on 28 carries.

Alabama’s defense gave up 132 rushing yards to Tennessee, but its pass rush sacked Volunteers’ quarterback Joshua Dobbs five times. Outside linebacker Ryan Anderson made a crucial play in the fourth quarter with a strip sack. Defensive lineman A’Shawn Robinson recovered the fumble to seal the game. The coaching staff recognized eight individuals for player of the week honors Tuesday. Yours truly of TDAM now reveals the honorees.

Alabama offensive players of the week

Summary: Senior Ryan Kelly returned to action against Tennessee after sustaining a concussion against Texas A&M. He blocked for 364 total yards, with 147 of them coming from Derrick Henry. Kelly secured pivotal blocks on both of Henry’s touchdown runs.

He burned Tennessee’s defensive back Cameron Sutton on multiple occasions and bailed out Coker with solid catches. Ridley brought in a 15-yard pass on Alabama’s final drive.

Sophomore wide out ArDarius Stewart possibly had the game of his career last week. He totaled five receptions for 88 yards, with a 29-yard catch coming in the fourth quarter. Stewart adjusted to the ball well and was exceptional in setting the edge for Henry in the run game.

Alabama defensive players of the week

Summary: Linebacker Ryan Anderson finished the game with three tackles, but his fourth quarter strip sack of Joshua Dobbs would be the play of the game. He exploded off the ball and attacked the right side of Tennessee’s offensive line. The junior added one tackle for loss and a quarterback hurry to go with his sack.

Linebacker Reggie Ragland led the team in tackles for a third straight week. He accounted for 12 total stops, with one coming for a loss. Defensive lineman Jarran Reed finished with five total tackles, including 0.5 for loss. Both guys limited the Volunteers to 3.4 yards per carry.

Summary: Placekicker Adam Griffith nailed both of his field goal attempts (19 yards, 28 yards) against Tennessee. He executed touchbacks on four of his five kickoffs, netting an average 64.6 yards. Sophomore punter JK Scott averaged 49.8 yards per boot, with two punts coming in excess of 50 yards. He pinned Tennessee inside the 20-yard line twice.