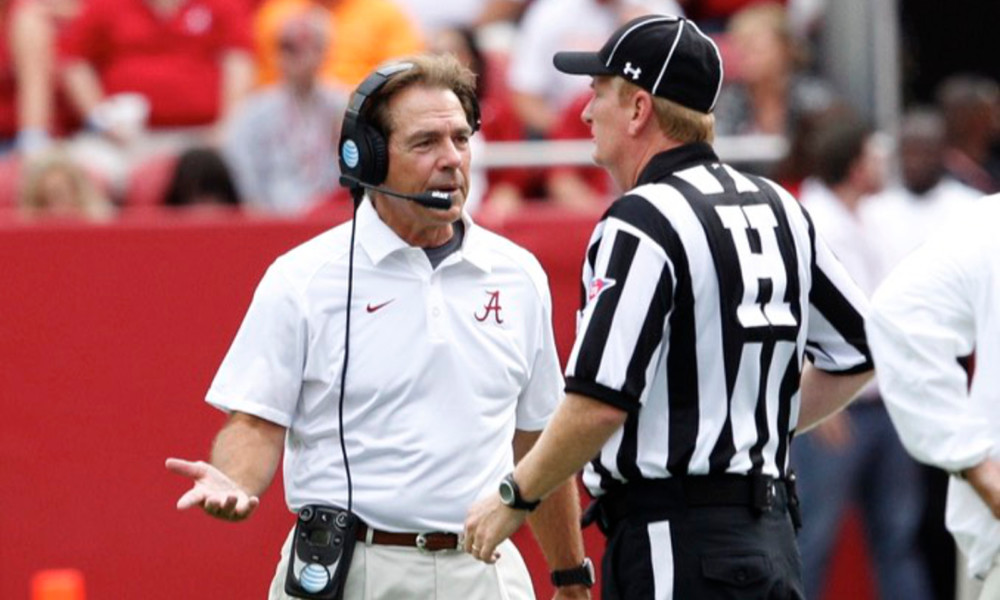 Ladies and gentlemen, the College Football Playoff committee has spoken.

The committee released its first rankings of the season Tuesday, courtesy of ESPN. Alabama stands as the lone one-loss team in the top four, behind Ohio State, LSU and Clemson.

The Crimson Tide’s (7-1) only blemish came at home against Ole Miss on Sept. 19.

It will face LSU this weekend at Bryant-Denny Stadium with hopes to improve its position. ESPN’s College GameDay will be in attendance and CBS will air the game at 7:00 p.m. CT.

Listed below are the first College Football Playoff top 25 rankings, according to ESPN