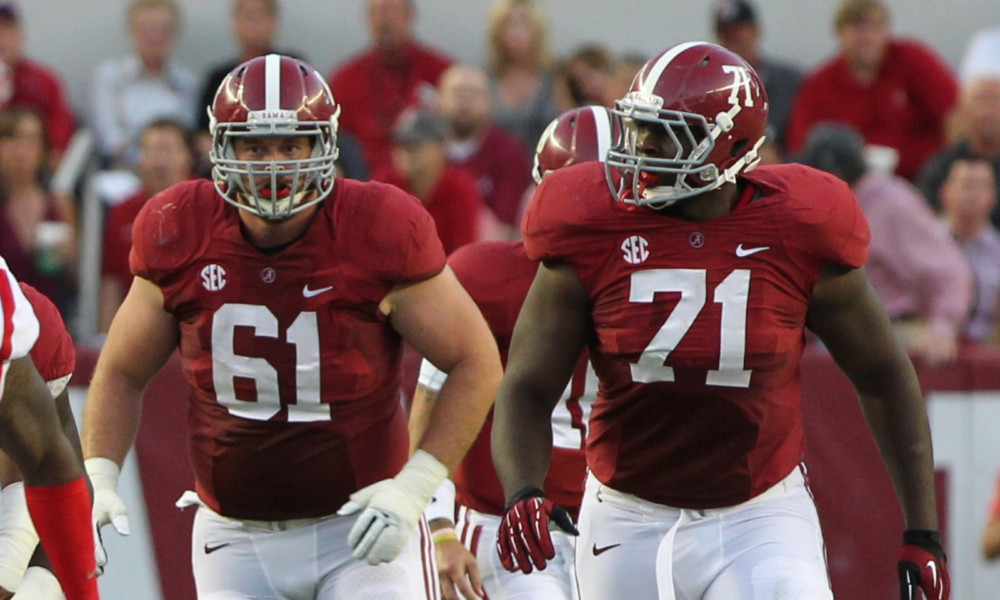 Former Alabama standout Anthony Steen found a new NFL home Tuesday, as he joined the Miami Dolphins practice squad. No franchise selected him through seven rounds in the 2014 NFL Draft, yet Steen signed with the Arizona Cardinals. The Cardinals released him on Aug. 30, 2014, but re-signed him to its practice squad the next day. This self same charade would continue for Steen and Arizona until Sept. 22, when he was let go for a final time by the Cardinals.

Steen was exceptional at Alabama at offensive guard from 2009-13.

He was a part of three national championships, with one coming in 2009 (redshirt). Steen won two Southeastern Conference championships in 2009 and 2012, and was one of the top guards in his draft class. Things did not pan out for Steen in Arizona, but Miami could be the team for him.