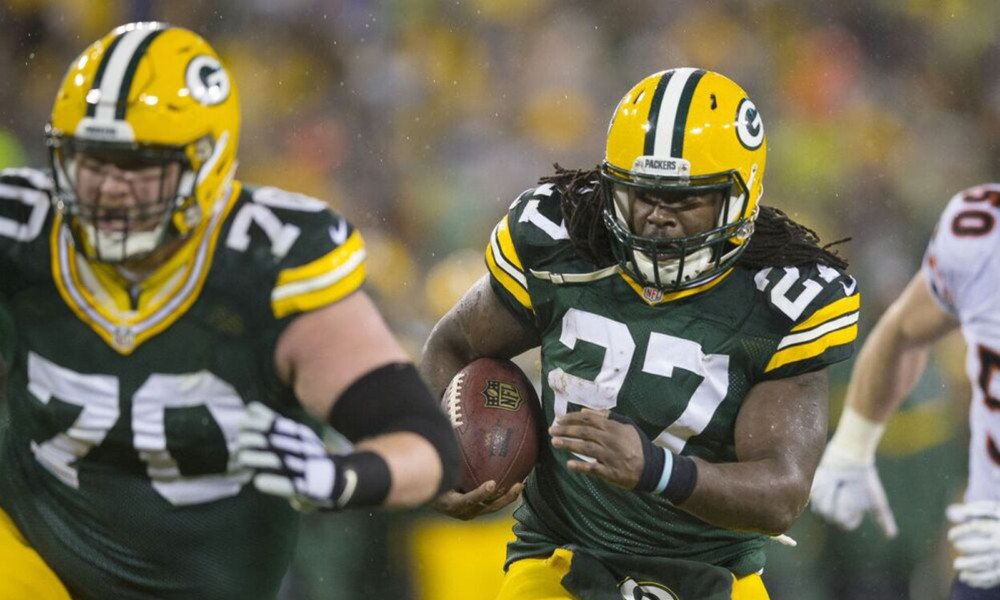 Green Bay’s game against Chicago did not have a great ending Thursday night, as it fell 13-17 at Lambeau Field. Former quarterback Brett Favre was in attendance and witnessed his No. 4 jersey be retired. Ex-Alabama quarterback and Packers’ legend Bart Starr embraced Favre at midfield and welcomed him into the franchise’s Ring of Honor. Favre gave his retirement speech at halftime and received a key to the city.

Running back Eddie Lacy recorded his second straight 100-yard rushing performance, totaling a season-high 105 yards on 17 carries against the Bears. Lacy’s diversity at receiver was exceptional, as he brought in four passes for 34 yards.

He put the Packers on the scoreboard with a 25-yard touchdown reception from quarterback Aaron Rodgers in the first quarter, giving Green Bay a 7-0 lead.

He chimed in for 100 yards rushing last week against Minnesota in a 30-13 victory, yet a fumble against Chicago in the second quarter plagued both Lacy and Green Bay.

Lacy stands at 513 rushing yards and two touchdowns on 122 carries.