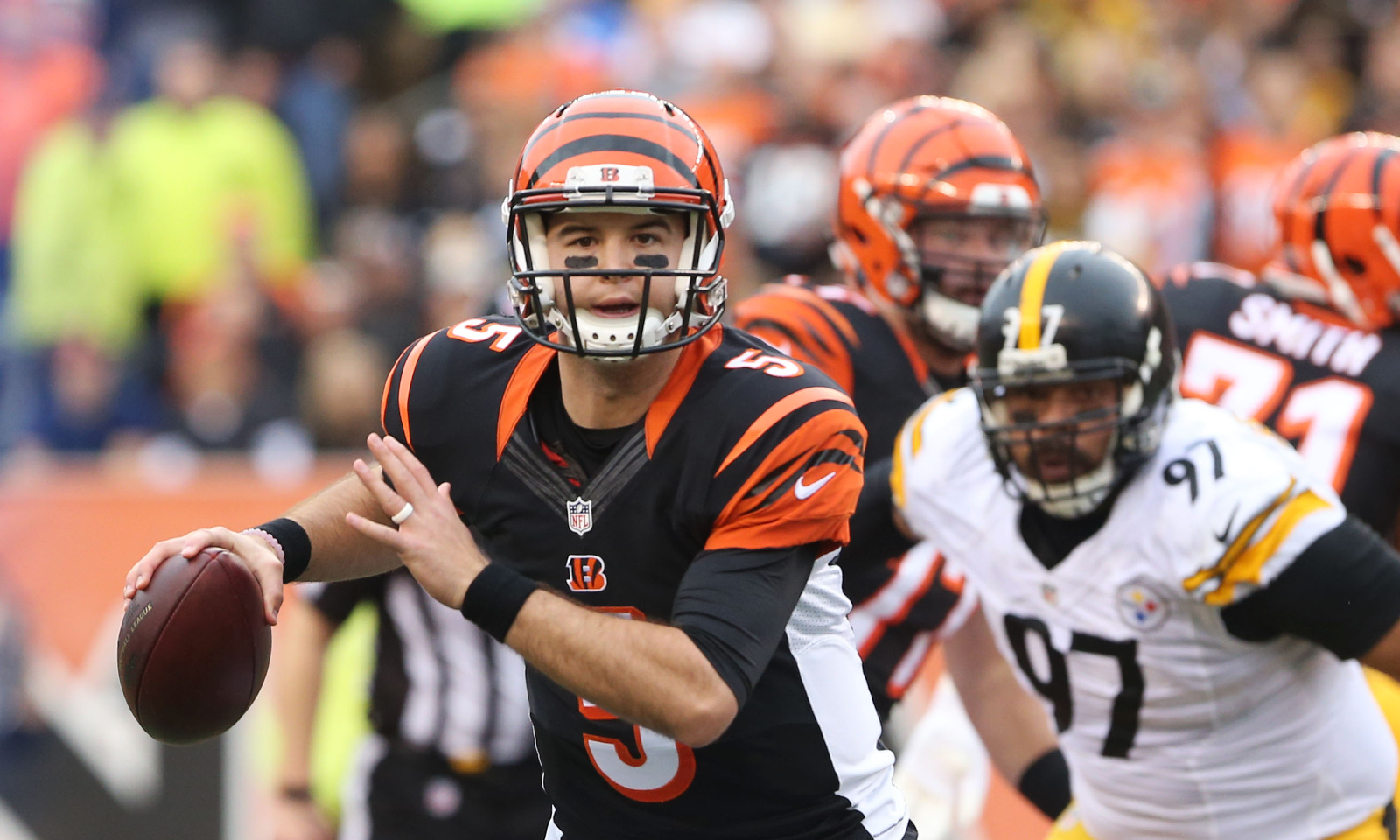 Former Alabama signal-caller AJ McCarron does not get many reps in Cincinnati behind Andy Dalton, but he is able to adjust and make the best out of certain situations. Dalton attempted five passes Sunday against Pittsburgh, until a thumb injury forced him out in the first quarter. One of his throws resulted in an interception.

No Andy Dalton. No problem.

McCarron stepped in for the injured Dalton, and despite a more condensed playbook, Bengals’ offensive coordinator Hue Jackson created ways for McCarron to find success. He delivered Cincinnati its first touchdown on a 66-yard pass to wide receiver A.J. Green. McCarron’s first touchdown pass capped off an 80-yard drive that consisted of two plays, cutting Pittsburgh’s lead to 13-7 in the second quarter.

It was McCarron’s first regular season touchdown pass of his NFL career.

He would encounter a mistake in the third quarter, as Steelers’ defensive back William Gay intercepted a pass off McCarron and returned it for a 23-yard touchdown.

His mental toughness from being a champion at Alabama would kick in, resulting in McCarron leading Cincinnati on three scoring drives (two field goals, one touchdown).

He recorded his second touchdown of the game, a five-yard strike to running back Rex Burkhead with 1:03 left in regulation. A second interception would follow before the last scoring drive, yet McCarron finished with 280 passing yards and more confidence as a quarterback. Cincinnati fell to Pittsburgh 33-20, but it remains in control of the AFC North with a 10-3 record. McCarron will improve and settle in with more reps.