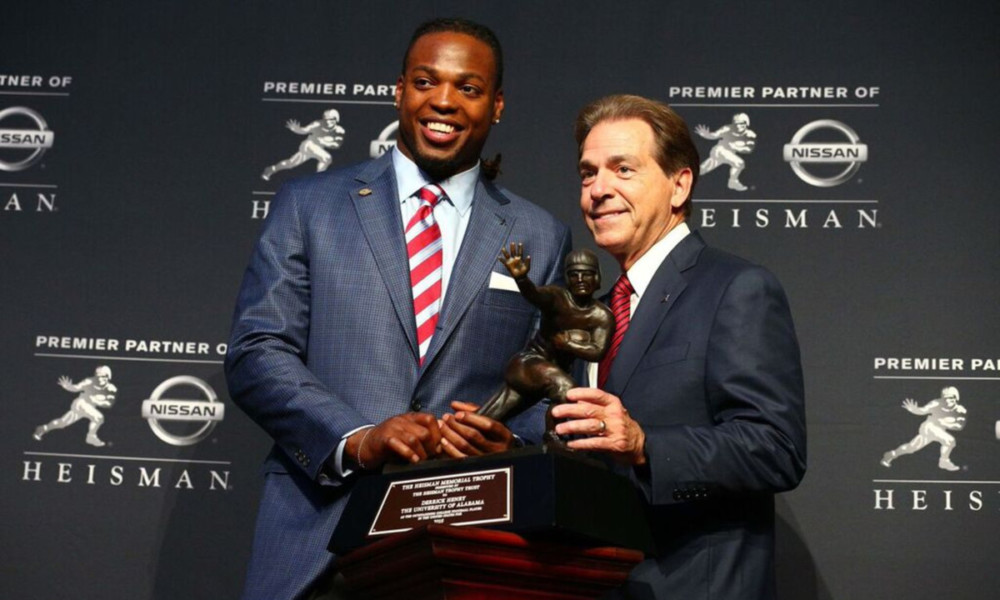 Alabama running back and Florida (Yulee) native Derrick Henry played every slot machine well this week. He emerged a Doak Walker, Walter Camp and Maxwell national award honoree and became the 81st member of the Heisman fraternity Saturday night. He has had divine intervention, family, friends, teammates and coaches on this journey; however, one special coach has seen him through it all.

Saw Burton Burns out this AM. Congratulated him on Henry's Heisman. His response: "He was easy." Deflecting credit just like his star RB.

Saban’s philosophy entitled “The Process” stems from ball protection or security on offense. Burns’ technique for Alabama’s backs from Glenn Coffee to Henry is to hold the ball high and tight. He wanted the players to hold the ball close to their body, negating any chances of fumbles. Burns’ message has produced six 1,000-yard rushers, two Doak Walker Award winners and two Heisman winners, Mark Ingram and Henry.

Burns coached Henry to 1,986 rushing yards and 23 touchdowns. The 6-foot-3, 243-pound back is mentioned in the same breath with SEC legends Bo Jackson and Herschel Walker. His streak of consecutive games with a rushing touchdown is now at 18, and Henry will more than likely be Burns’ next player to go professional.

A lot of attention is geared toward Lane Kiffin, Mari Cristobal, Mel Tucker and Scott Cochran, but Burns has been a major cog in rebuilding the program and establish a “BuiltByBama” moniker. Henry’s grandmother, Gladys Henry, shaped her little “Shocka” to be a man of character and hard work. In the same manner, Burns shaped Henry to be a dynamic running back. It is time for fans and others to give him his due.