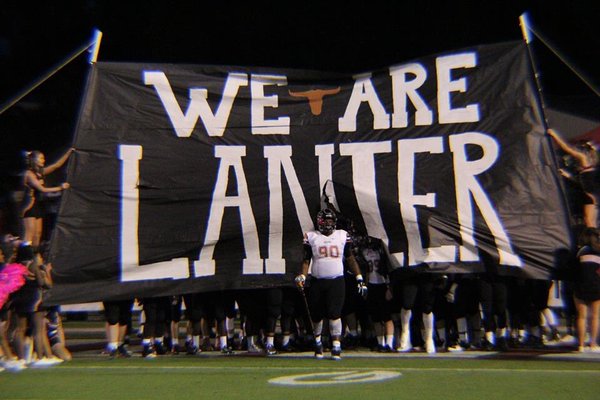 *This list is subject to change until National Signing Day on February 3, 2016*

Ben Davis remains atop the TDAM Top Ten list. He helped lead Gordo to an undefeated season before losing in the 3A state playoffs. Davis played both sides of the ball for the Greenwave, showing his versatility. He currently is set to take his official visits to Notre Dame, Georgia, LSU, Auburn and then finishing with Alabama on January 29th. Davis is also  to play in the Under Armour All American Game in Orlando on January 2nd.

The nation’s top player sits at number two on our top ten list and although Paramus did not have an ideal season (3-6 record), Gary was still a dominant force, showcasing exactly why he earned that top spot. Gary is currently set to visit USC on January 15th and will likely take visits to Michigan, Ole Miss, Ohio State and possibly Alabama sometime in January. Gary is also  to play in the Under Armour All American Game in Orlando on January 2nd

Jeffery Simmons moves up a spot as well as he was one of the most dominant defensive linemen in the nation in 2015, he anchored the Tigers’ defense to a 12-4 record and a 4A Mississippi State title. He is currently being recruited by the likes of Alabama, Mississippi State and Ole Miss and holds offers from 11 other schools. His recruitment has been quiet but it is expected to become the talk of the town after the U.S. Army All American Game on January 9th.

Nauta, the top-ranked tight end in the country, moves up one spot on our top ten list. He was electric for the loaded IMG offense in 2015. He announced his top 3 schools on Sunday night, announcing via Twitter those schools were Alabama, Michigan and Georgia and that whichever school he chooses, he will be enrolling early at. He is set to decide on January 9th at the U.S. Army All-American Bowl in San Antonio, TX.

Mecole Hardman has risen from #10 to #5 on the list because of his versatility. He was the heart and soul of Elbert County, playing on every facet of the game at receiver, defensive back and returning punts and kicks. Hartman led the Blue Devils to an 11-3 record, losing in the 3A Georgia state semi-finals. The coaching swap of Kirby Smart to UGA and Jeremy Pruitt, who has a strong relationship with Hardman, to Alabama, it will be interesting to see where that leads him seeing as those are his top two schools. He is also  to play in the U.S. Army All American Game in San Antonio, TX on January 9th.

Lyndell “Mack” Wilson, who moves up a spot from #7, is the nation’s top linebacker, and it showed even through an unusual rough season for the Carver Wolverines (3-7). He racked up nearly 115 tackles in 2015, as well as occasionally appearing on offense. Wilson has easily been the most vocal recruit regarding his recruitment in this 2016 class, naming Florida as his leader, followed by Alabama and Georgia, LSU and Auburn. He will be releasing his top three on Christmas via Twitter. Wilson is also to play in the Under Armour All American Game in Orlando on January 2nd

Derrick Brown is a newcomer to the TDAM Top Ten List. The top player in the state of Georgia led the Lanier Longhorns to a 12-1 season, falling in the 5A state title game. He racked up 106 tackles and an unbelievable 42 for a loss in 2015. Brown took an official visit to Alabama on December 12th and Coach Saban, new defensive coordinator Jeremy Pruitt and staff impressed Brown and his mother. He has already taken an official to Mississippi State and is set to take three more to Tennessee, Auburn and Georgia in January. Brown is also  to play in the U.S. Army All American Game in San Antonio on January 9th.

Nigel Knott is a familiar face to the TDAM Top Ten, the-top ten corner helped take Germantown to the state playoffs, eventually losing in the second round to Oxford, finishing the season 9-4. He was set to announce in September but delayed that decision to ensure he could take all of his visits. His top schools seem to be Alabama, Oregon, LSU and in-state Ole Miss and Mississippi State. Knott has come out and said that Alabama is enticing to him, he loves the thought of being personally coached as a corner by Nick Saban and loves the environment at UA. Knott is also  to play in the Under Armour All American Game in Orlando on January 2nd.

Lawrence is also not a stranger to the list, being on here since the inaugural list was released. Lawrence led the Neville Tigers to an undefeated season and a Louisiana state title. He is one of, if not the most overall dominant lineman in this class, always finding his way into the backfield, dominating opposing offensive lines. The country’s fifth-ranked defensive tackle has already taken visits to UCLA and Ohio State and may or may not take visits to LSU and Alabama. Lawrence is also  to play in the Under Armour All American Game in Orlando on January 2nd.

Robertson is a recent addition to the TDAM Top Ten. Robertson played both sides of the ball for the Raiders, helping them to a 9-4 season, falling in the 3A Georgia state playoffs in the second round and was recently named 3A Player of the Year. His top schools at the moment are looking like Notre Dame, Alabama, Georgia, Stanford and Ohio State. The nation’s number two athlete is also to play in the U.S. Army All American Game in San Antonio, TX on January 9th