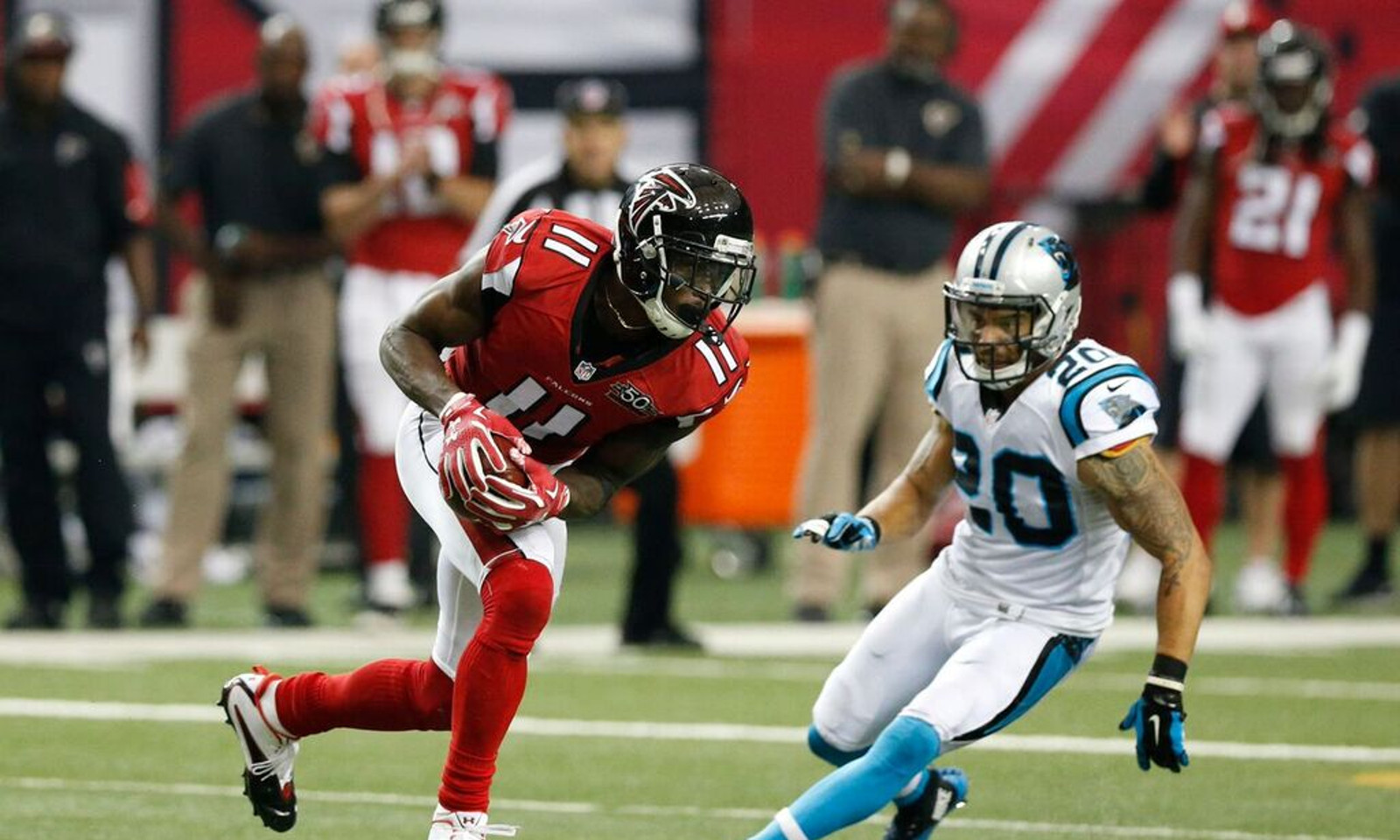 Atlanta Falcons wide receiver Julio Jones brought Carolina’s defense down to earth with a stellar performance Sunday in a 20-13 win over the Panthers at the Georgia Dome. The former Alabama standout bailed out quarterback Matt Ryan with nine receptions for 178 yards on 11 targets. Jones made his presence felt in the third quarter, when he caught a 70-yard touchdown pass from Ryan in double coverage.

Jones, 6-foot-3, 220 pounds, snatched the ball at its highest point from Panthers’ linebacker Luke Kuechly and maintained balance en route to a touchdown.

Jones’ productive outing improves Atlanta to 8-7 on the season. A chance for a playoff spot remains hopeful, but the Falcons’ need help in Week 17 for an opportunity.