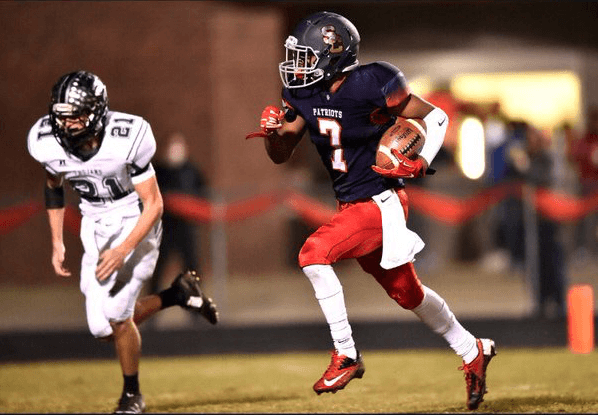 North Carolina wide receiver commit, Korey Banks out of Sandy Creek High School in Tyrone, GA has picked up three SEC offers this week. One from Alabama, one from South Carolina and one from Tennessee. He has announced that he will be visiting Alabama on January 22nd.

The 6-foot, 170-pounder recently spoke to Alabama receivers coach Billy Napier and the conversations were positive between the two. He will be joined on his visit by the likes of 4-star WR A.J. Brown, 4-star LB Jeffrey McCulloch, 5-star LB Lyndell “Mack” Wilson, top 10 offensive tackle, Landon Dickerson and more.

Banks is ranked as the nation’s number 119 wide receiver and number 76 player in Georgia.