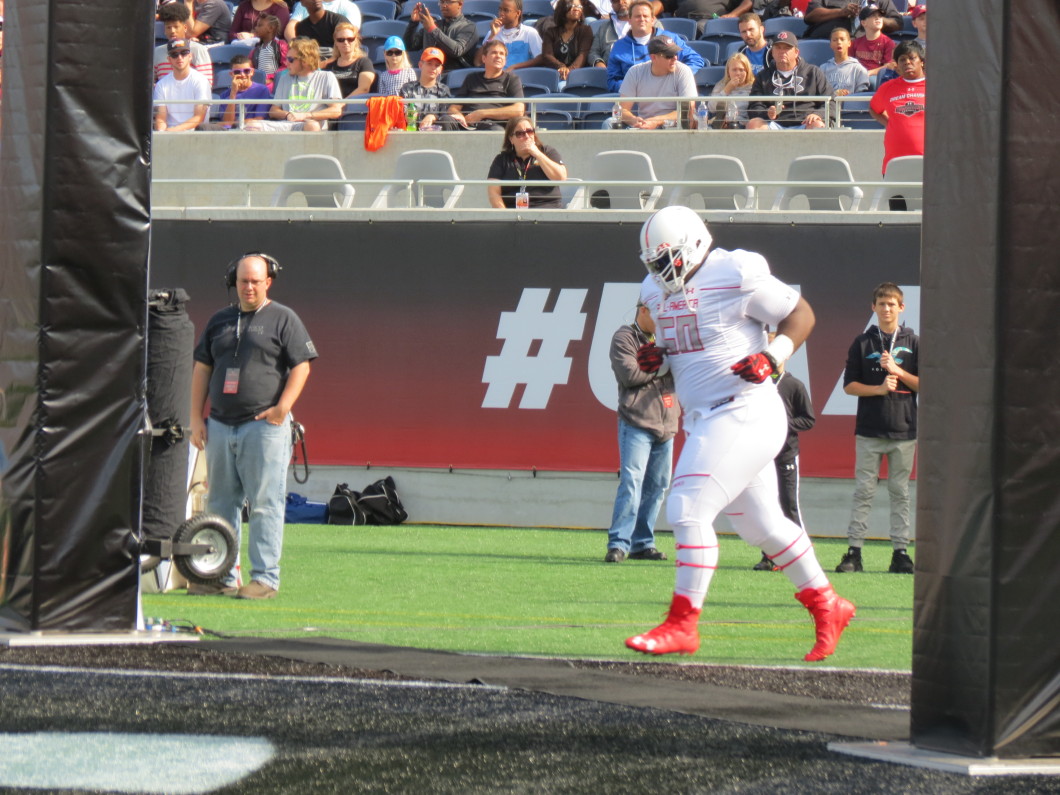 We’ve come to the end of the first half here in the Orlando, FL at the Under Armour All-America Game and it has been a lopsided one. Team Highlight dominated the first half, taking a 17-0 lead into the locker room. The statistics speak for themselves as they have 176 yards of total offense (142 pass, 34 rush) to Team Armour’s 50 (36 rush, 14 pass).

Stay tuned for second half recap and full game recap on Touchdown Alabama.