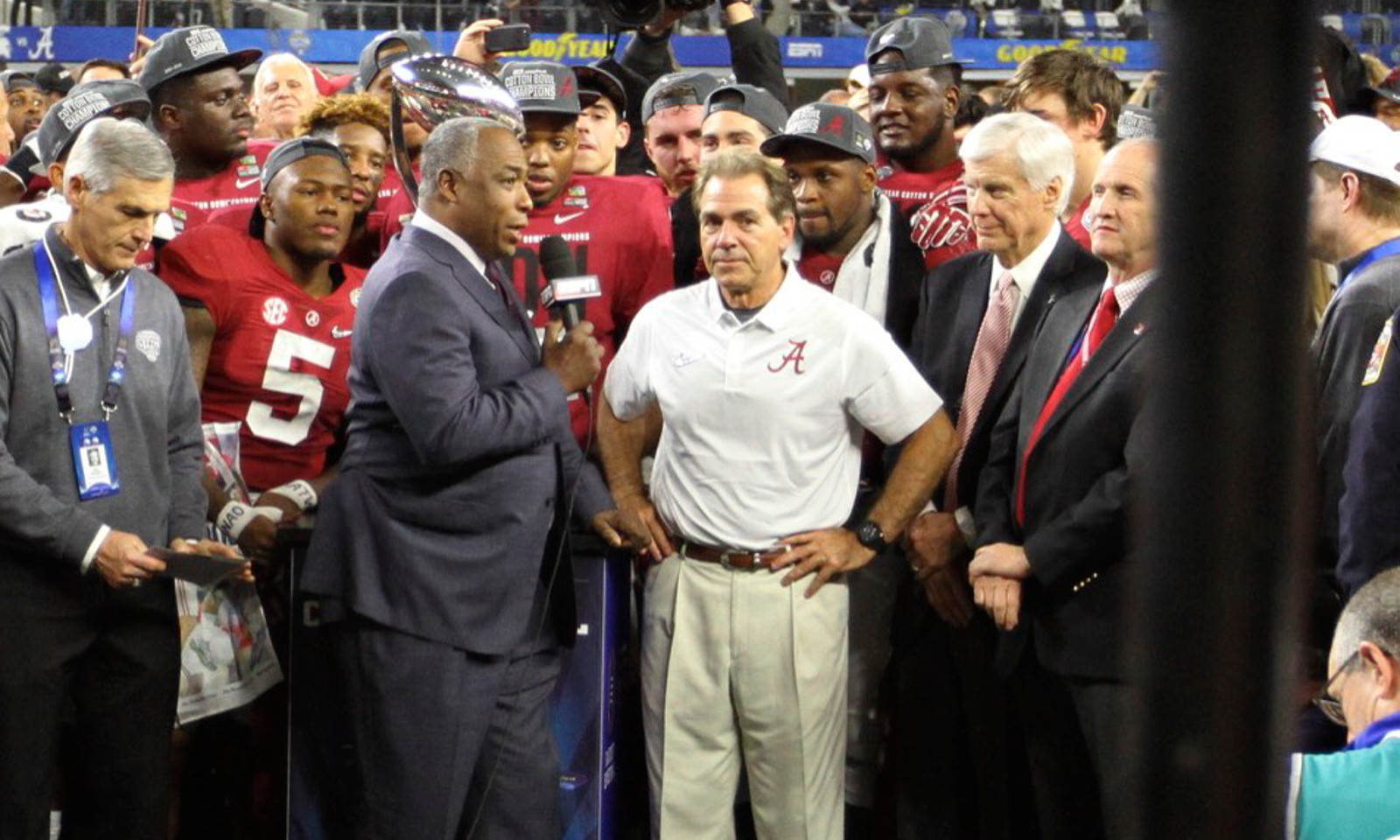 Running back Mark Ingram and wide receiver Julio Jones were two marquee names from Alabama’s 2008 recruiting class. Both guys guided the Crimson Tide back to prominence with a national championship in 2009, and have returned to provide inspiration for this year’s group.

Jones was spotted Saturday at Arizona State’s practice facility observing Alabama’s session, while Ingram was seen hanging out with the team during media day. Arizona Cardinals star wide receiver Larry Fitzgerald made an appearance Verne Dickey Dome upon the end of practice.

Made a new friend today! One of the best to ever play the game! @LarryFitzgerald @ practice today! #BandOfBrothers pic.twitter.com/ItQAxHlsaM

Ingram became the school’s first Heisman winner prior to being taken by the New Orleans Saints in the 2011 NFL Draft.

Both Ingram and Jones along with others will be at University of Phoenix Stadium Monday, as Alabama will face Clemson in hopes to secure its 16th national championship.