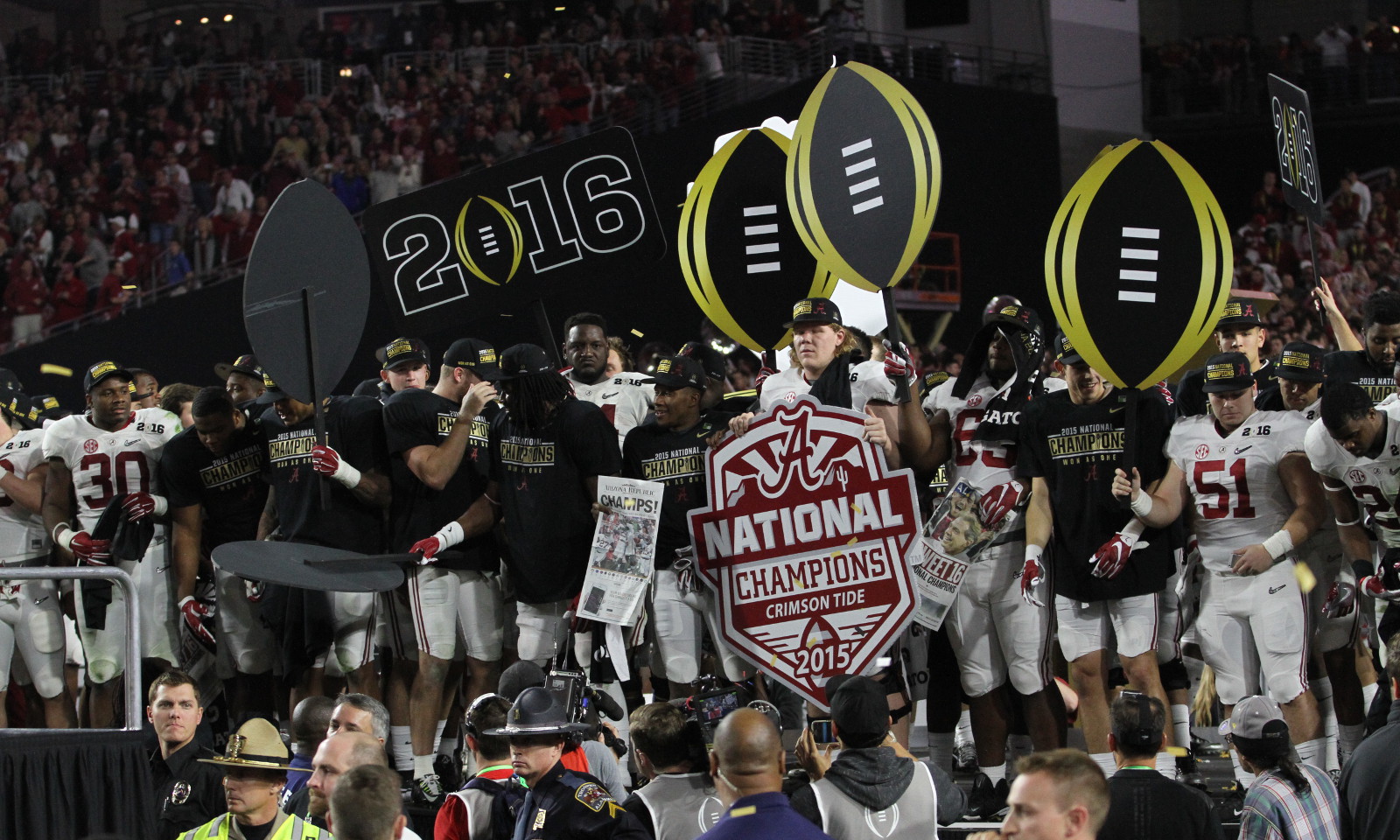 A week after winning its 16th national championship history, Alabama head coach Nick Saban and the Crimson Tide will celebrate Saturday with a parade in Tuscaloosa.

The festivities will start at 10 a.m. near Denny Chimes and conclude with a program at the Walk of Champions, hosted by Eli Gold of Crimson Tide Sports Network. Saban, Crimson Tide players and athletic director Bill Battle will be in attendance.

This will be first time since 2013 (2012 champions) that Alabama will have a parade to celebrate a national title.