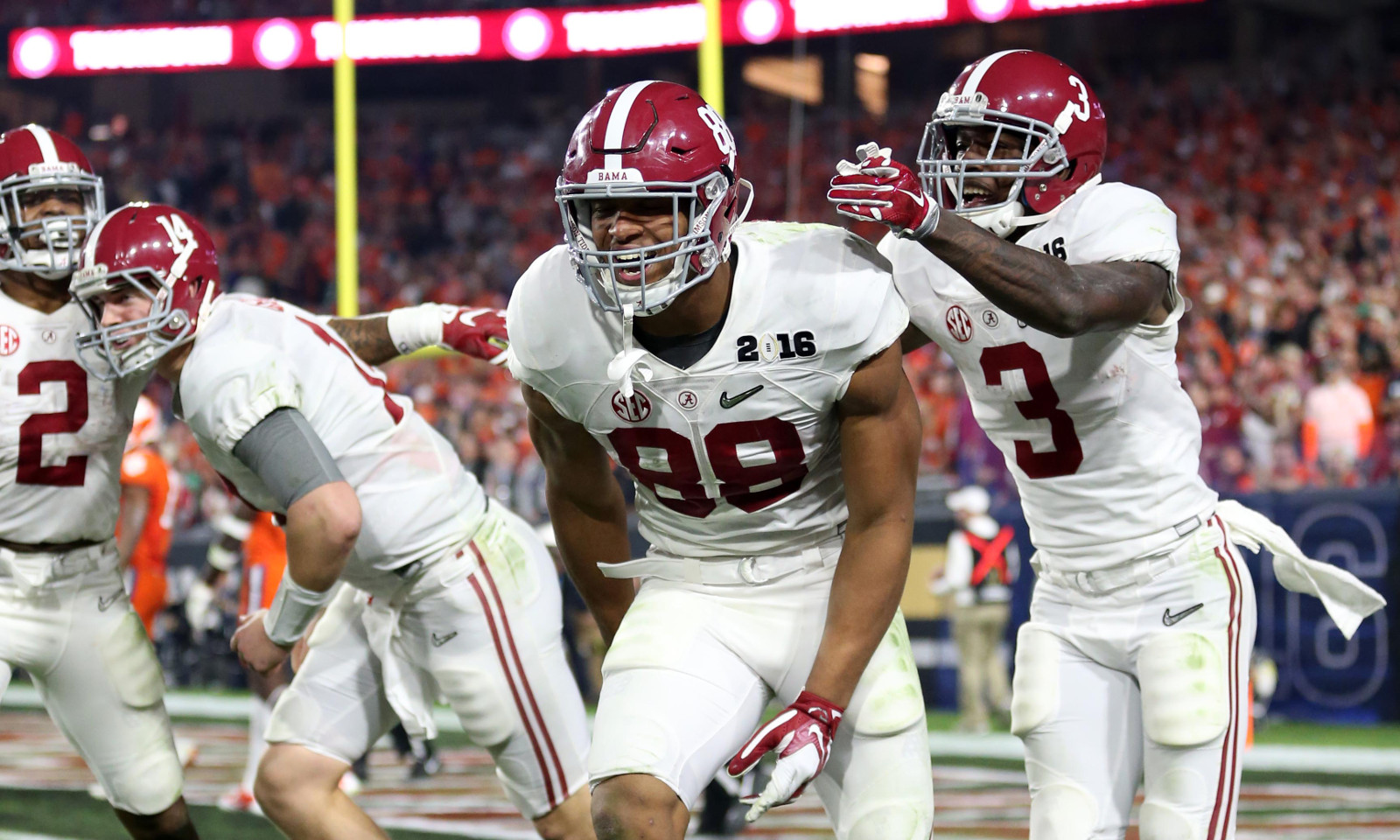 It has been a huge week for Alabama’s staff, getting six of its nine draft-eligible juniors back for the 2016 season (losing RB Derrick Henry and DT A’Shawn Robinson), only waiting to hear back from tight end O.J. Howard, the College Football Playoff National Championship Game’s offensive MVP.

After a long, anticipated wait, O.J. Howard announced via his Twitter account that he will be returning for his senior year to help lead the Crimson Tide on its quest for Alabama’s seventeenth national championship.

Many criticized offensive coordinator Lane Kiffin for under-utilizing Howard, a 6’6″, 240 pound athletic tight end, who runs in the 4.4 area in the 40-yard dash. But on the biggest stage, Howard had a night to remember, catching five passes for 208 yards and two touchdowns against Clemson in the National Championship game, earning Offensive MVP honors. Many NFL draft experts had Howard climbing the boards after his stellar performance, but reportedly, Howard received a second to fourth round grading. With a big year in 2016, Howard will likely be the first tight end off of the board.

With O.J. Howard returning that means the Crimson Tide will have seven of its nine draft eligible juniors returning for their senior seasons, giving this team some much needed depth and leadership on both sides of the football. After a great College Football Playoff performance, 2016 could be the year that O.J. Howard becomes a true focal point of the Kiffin-led offense. With Calvin Ridley and ArDarius Stewart, as well as a healthy Robert Foster and Cam Sims returning with Howard next season, Alabama could become a serious threat through the air.