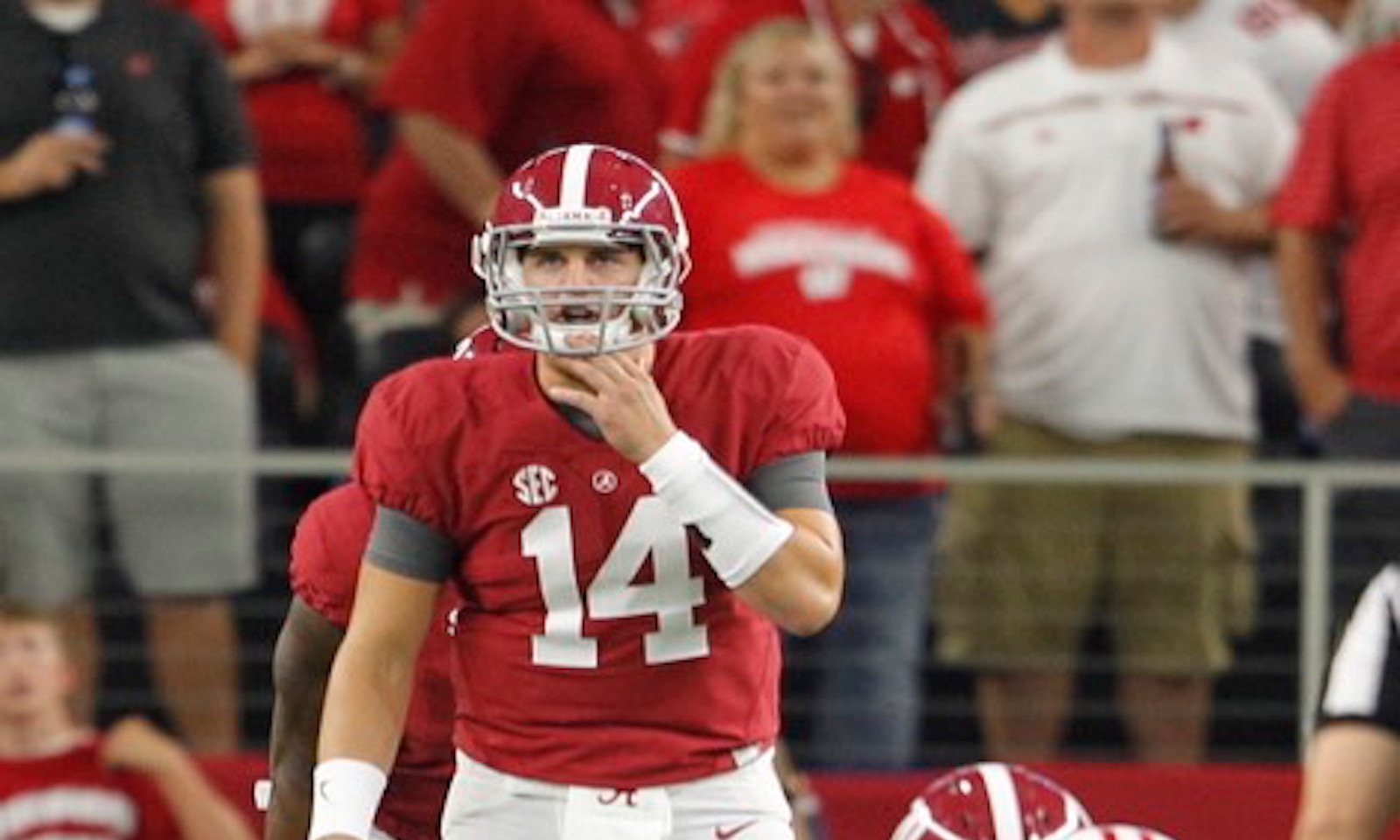 Tons of fans were in Fairhope, Alabama for Tuesday’s Senior Bowl practice.

The game will be played at Ladd-Peebles Stadium in Mobile this weekend, a place that Alabama quarterback Jacob Coker knows all too well. He attended St. Paul’s Episcopal High School, which is five miles (15 minutes) from the stadium.

The hometown man was embraced by fans for autographs and photos upon finishing his practice session with Team South.

Jake Coker is a popular guy at the Senior Bowl. pic.twitter.com/gJ7Oho28ai

Coker recorded 3,110 passing yards with 21 touchdowns to eight interceptions, while netting on a 66.9 percent completion mark during the 2015 season.

He joins Arkansas’ Brandon Allen and Mississippi State’s Dak Prescott as the third Southeastern Conference quarterback on the roster. One area of Coker’s game that needs tweaking is his release. Much of his negative plays have stemmed from him holding the football too long.

His size (6-foot-6, 232 pounds) and arm talent will draw attention from NFL scouts, but a solid performance Saturday should open more doors for him.