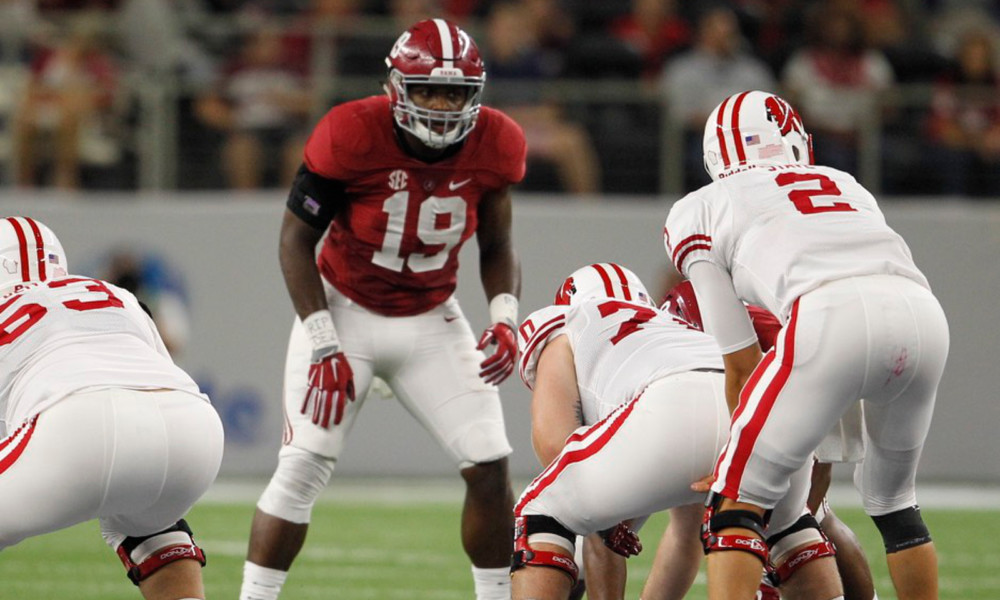 Alabama linebacker Reggie Ragland is projected to be taken in the first-round of the 2016 NFL Draft. The Madison, Alabama native was solid during Tuesday’s Senior Bowl practice, despite being matched up against one of the better offensive lineman in the Southeastern Conference, John Theus.

Ragland got the better of Georgia’s offensive tackle on a straight inside rush during a drill. Chase Goodbread, writer for NFL.com, posted a video via Twitter.

Ragland captained a defense that allowed 15.1 points and 75.7 rush yards per game. He had 2.5 of the Crimson Tide’s FBS-leading 52 sacks, while leading this year’s bunch in tackles with 102. Ragland chimed in with 6.5 tackles for loss, seven pass breakups, six quarterback hurries and two forced fumbles.