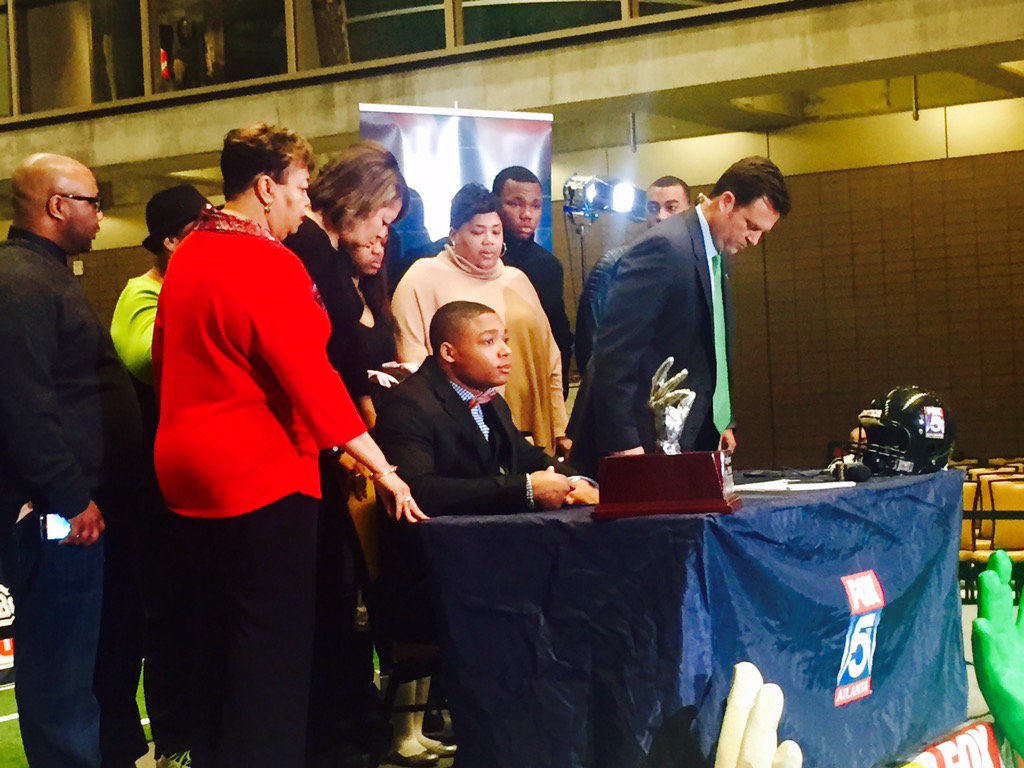 National Signing Day began bright and early in 2016 with the commitment announcement of Nigel Warrior out of Peachtree Ridge High School in Suwannee, GA.

Warrior came down to Tennessee, Auburn, Georgia, and Alabama and decided to head to Knoxville to play for Butch Jones and the Tennessee Volunteers. This comes as no surprise as his father is former Volunteers star cornerback Dale Carter, and has been considered a Tennessee “lean” for some time now.

He made his announcement on Fox 5 Atlanta and it was short and sweet. “I plan to continue the legacy of my father at the University of Tennessee” stated Warrior. He will ultimately make an immediate impact for the Volunteers in 2016 and look to help them in their SEC title quest this season as both safeties for Tennessee were seniors last year.

Warrior is the 4th-ranked safety in the country and the seventh-best prospect in the state of Georgia.