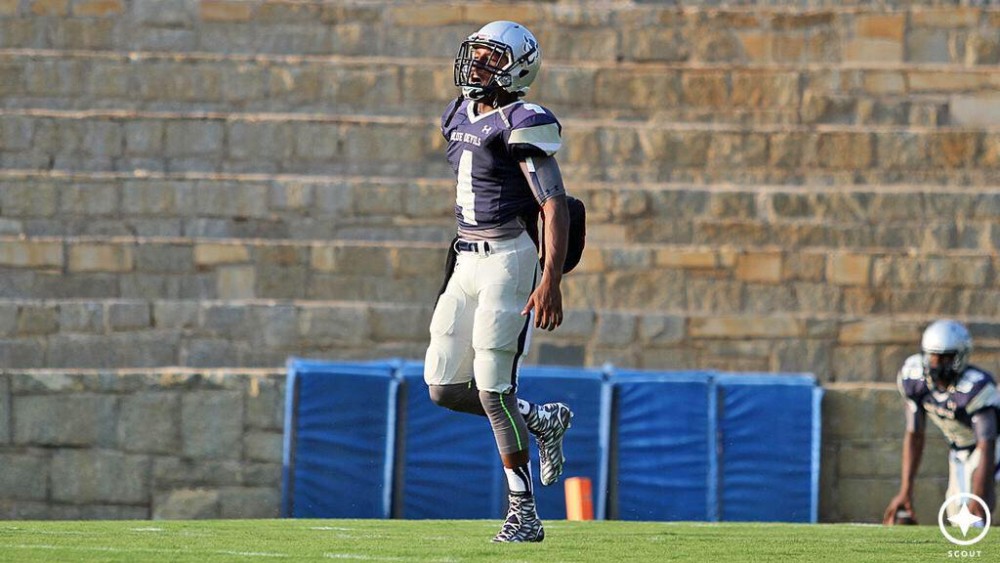 Mecole Hardman Jr. is the number one rated overall athlete in the 2016 class, he is also one of the most coveted players in the nation, and he is headed to Georgia.

Hardman did not have your usual commitment announcement as he had a banner with Alabama, Tennessee, Florida, Ohio State, Michigan and Clemson as well as cakes for each team. The even more unusual thing was that there was no Georgia cake nor a Georgia logo on the banner, even though he has been considered by many as a Georgia lean.

Instead of using the cakes to commit, they became more for decoration as he came running through the banner sporting a number 4 UGA jersey and a Bulldogs hat, surprising everyone.

Mecole Hardman Jr. will obviously make an impact for the Dawgs early at wither wide receiver, defensive back or in the return game. With his unparalleled speed and athleticism, he will be a force to be reckoned with. “I’m trying to get this national championship back to Georgia.” he said.