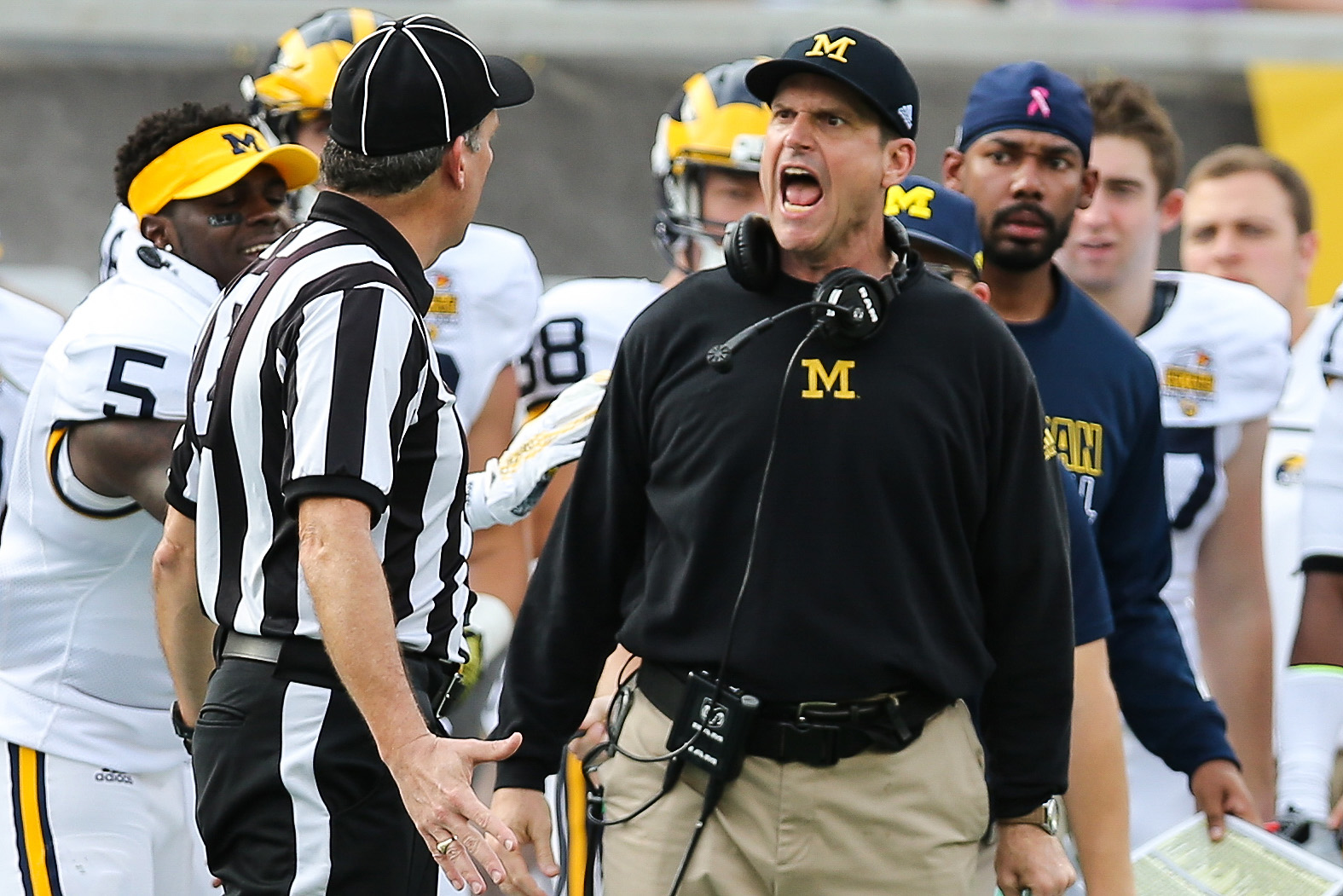 One of college football’s most polarizing figures, Michigan coach Jim Harbaugh, made headlines last summer for holding a satellite camp for high school students in Prattville, Alabama. This summer, Harbaugh and his staff will be scouting talent and mentoring players at Bob Jones High School in Madison.

There has been controversy surrounding Harbaugh’s satellite camps. The Wolverines will begin there spring practice at the IMG Academy, located in Bradenton, Florida.

Although Saban makes a fair point, Harbaugh has not violated any rules. The SEC does not allow such practices to be held, but the Big Ten and NCAA have no issues with the off-campus practices.

Saban and his staff have proved year in and year out that they have the ability to recruit top classes. They usually worry about in conference schools when it  comes to recruiting battles. Michgian adds a whole new dimension to the recruiting war. They are stepping out of their comfort zone and finding a way to reach out to players in areas like the deep south. There is no question that the Southeast is a  hotbed for football recruits.

That being said, Saban has had the ability to draw recruits away from the Big Ten. New Jersey native Minkah Fitzpatrick chose Alabama over Big Ten schools like Michigan, Michigan State, Ohio State, and his home state school, Rutgers. Offensive lineman J.C. Hassenauer was regarded as one of the top prospects in the country coming out of Minnesota. He chose Alabama over Big Ten schools in his backyard. Rimington Trophy winner Ryan Kelly grew up in Ohio and chose to play for the Tide. The list goes on. Success as a program will be the major deciding factor that will help land top recruits.

Still, outsiders have to be wary of Harbaugh and the Wolverines. His innovative camps give recruits a taste of a different style of football, and different coaching personalities.

Former Alabama linebacker, and current NFL draft prospect, Reggie Ragland, is a Bob Jones alum. It will be interesting to see the talent that turns out to Harbaugh’s camp. Will he be able to persuade high school students to leave their backyard and venture outside of the SEC?

One thing is certain: Nick Saban and his SEC counterparts won’t be happy…and that is just how Harbaugh likes it.