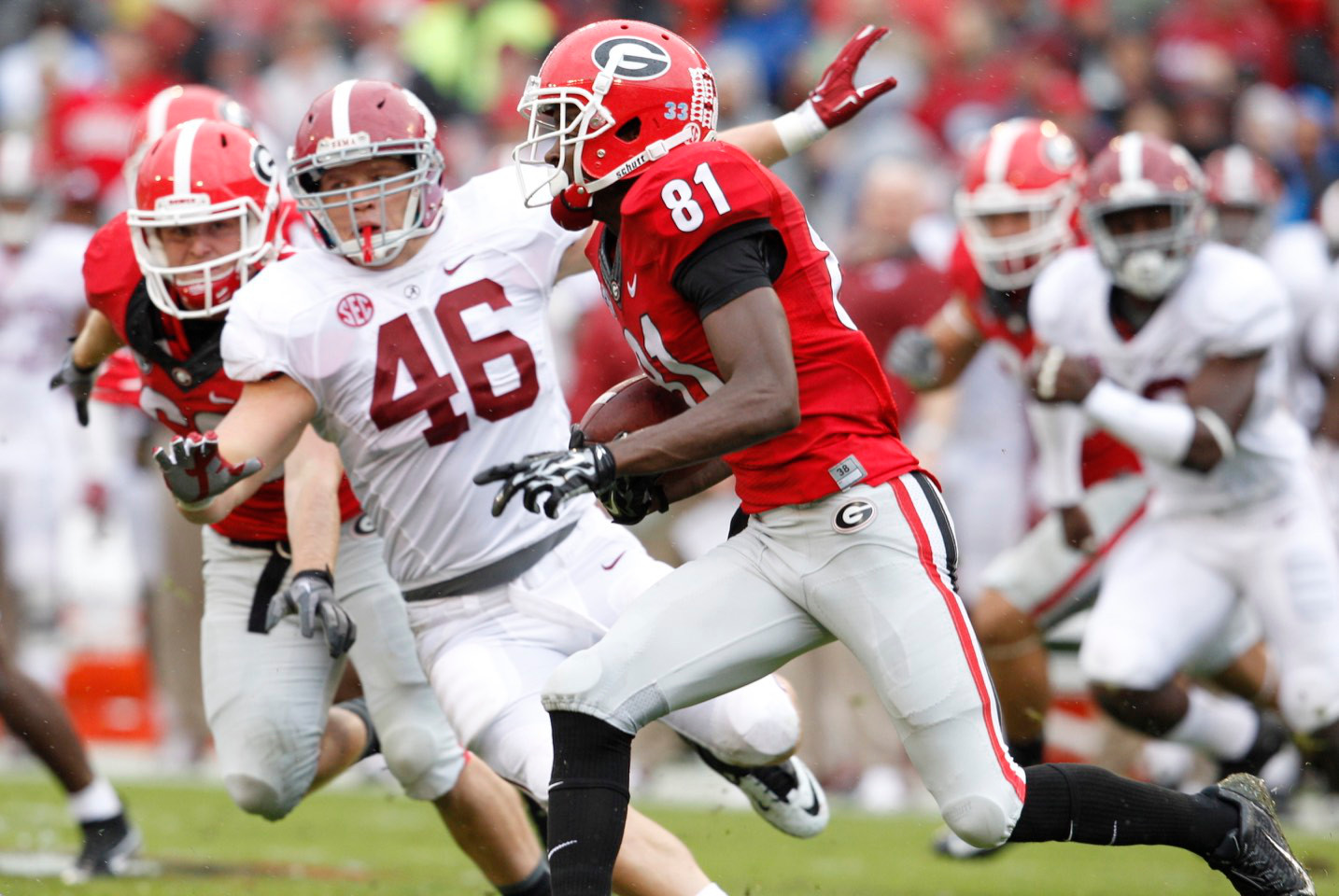 He is one of the reasons why Nick Saban’s “The Process” is so successful.

Alabama tight end prospect Michael Nysewander became a pivotal member on offense last season, after coming to the Crimson Tide as a preferred walk-on in 2011.

Nysewander, a native of Hoover, Ala., was productive on special teams in the last two years but made an impact in the run game in 2015. He blocked for 199.9 rushing yards per game and guided Heisman-winner Derrick Henry to 2,219 yards (147.9 average) and 28 touchdowns on 395 carries.

He recorded two touchdowns receptions in his career, with one coming against Louisiana-Monroe last year.

Nysewander is listed as a tight end, yet he can catch, block and contribute as a long snapper (if needed). The 6-foot, 242-pounder had a strong outing during Wednesday’s pro day.

He posted 19 reps of 225 pounds on the bench press, while displaying a 27.5-inch vertical. Nysewander was a little disappointed with having a 8’7″ broad jump, but NFL scouts quickly forgot about that once they saw his speed.

He was able to bring in throws, while being in control of his body along the sideline. His diversity as a player makes him as asset to any team that is willing to provide an opportunity.

Nysewander may not be taken in the upcoming NFL Draft, but expect him to either sign a free agent deal or make a practice squad.