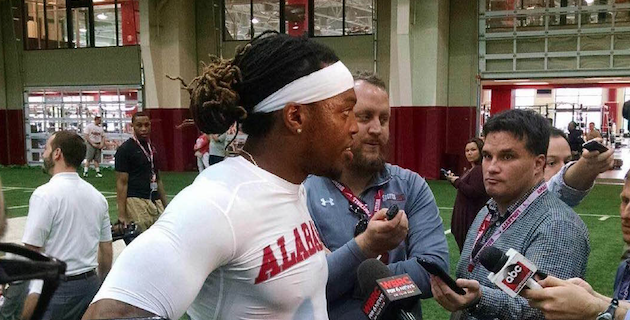 At the NFL Combine a few weeks ago, Alabama’s Heisman-winning running back, Derrick Henry put on an absolute show, running a 4.52 40-yard dash, soaring to a 37-inch vertical and a 130-inch (10’8″) broad jump.

After that freak performance, coaches advised Henry that he did not need to do much but did suggest that he