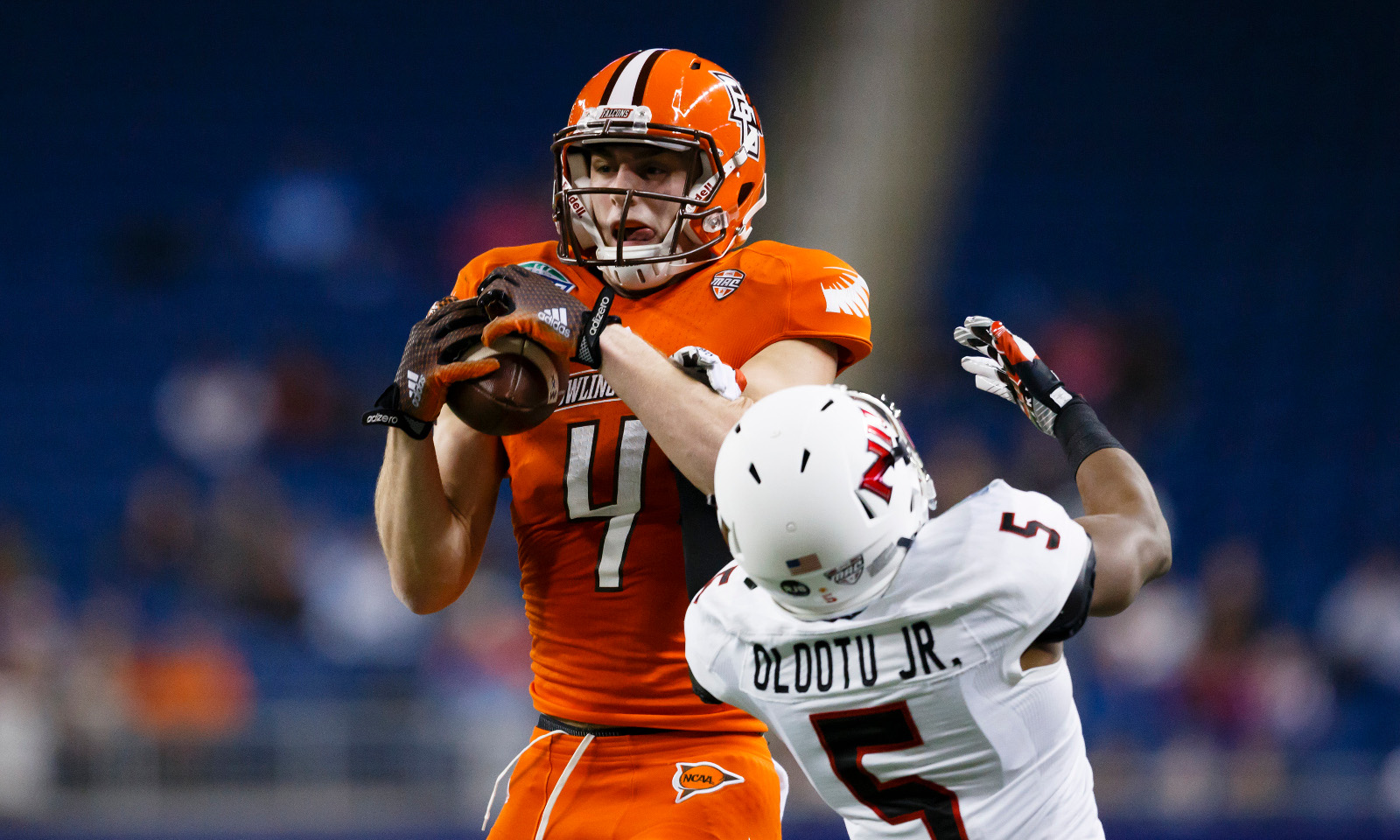 If there is anything that Lane Kiffin enjoys more than winning and molding quarterbacks, it has to be working with talented wide receivers. The Alabama offensive coordinator has balanced the unit in the last two seasons, as the Crimson Tide averaged 36 points and at 400 yards per game.

Calvin Ridley became Kiffin’s latest accessory last season and the freshman didn’t disappoint, accounting for 89 receptions for 1,045 yards and seven touchdowns. His efforts earned him a spot on the All-Freshman team according to Sporting News and the Southeastern Conference.

Alabama is poised to have arguably its deepest core at wide receiver with Ridley, ArDarius Stewart, Robert Foster, Cam Sims, O.J. Howard and others returning, yet it will have a graduate transfer at the position for a second straight year, ex-Bowling Green wide out Gehrig Dieter.

Dieter, like Richard Mullaney, enters Alabama with one thing on his mind, winning a national championship.

Dieter brings a 1,000-yard career to Tuscaloosa from Bowling Green, amassing 139 catches for 1,661 yards and 12 touchdowns. He exploded onto the scene a year ago with 94 catches for 1,033 yards and 10 scores. Dieter joins Ridley as the lone two Tide receivers to crack the top 40 in receptions, yards and touchdowns last season, standing at Nos. 36 and 33 respectively.

Dieter, 6-foot-3 and 207 pounds, was one of three targets to accomplish having 94 catches for 1,000 yards and 10 touchdowns, joining Daniel Braverman (Western Michigan) and Gabe Marks (Washington State). He brings a strong combination of speed, hands, instincts and body control to couple with his size. His size, in particular, gives him a chance to line up either in the slot or a downfield target. Dieter didn’t blossom until his junior season, much like Green Bay Packers wide receiver Jordy Nelson. Nelson and Dieter are not only the same height, 6-foot-3, but Nelson did not come into full circle in college until his senior year (2007) at Kansas State.

He brought in 122 passes for 1,606 yards and 11 touchdowns under head coach Ron Prince. Nelson became a finalist for Biletnikoff Award, while earning a consensus All-American status.

Dieter has the hands and route running capabilities of Nelson; however, he also possesses the leaping or high-pointing abilities of Odell Beckham, Jr. He displayed an uncanny ability last season to pick passes out of the air and despite being tightly covered, Dieter has no issues elevating over the top of defensive backs for the ball. He has been the “big man on campus” that has achieved quality numbers, but a trip to the Promised Land is next on Dieter’s list.

He intends to be in Tuscaloosa this summer, carrying on the legacy of former Alabama stars Derrick Henry and David “The Duece” Palmer by wearing No. 2 in the fall. How quickly can an Indiana guy adjust to the culture and the way Nick Saban runs things will be interesting, nevertheless, Dieter’s experience speaks for itself and it could give others more time to develop.