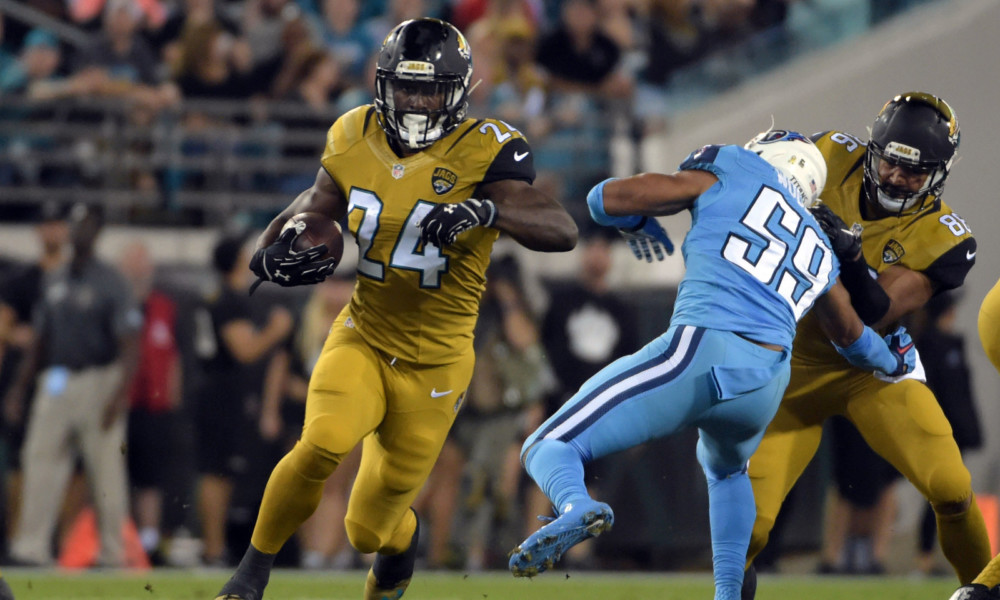 He was called upon to share the load once at Alabama and in his second year at Jacksonville, T.J. Yeldon may have to do it again. Despite missing four games last season, the former Alabama running back finished 22nd in the league in rushing yards (740) with two touchdowns on 182 carries.

The Jaguars added experience to its backfield, when it signed Chris Ivory to a three-year deal back on March. 10. Ivory, a seven-year veteran, had his first 1,000-yard season in 2015 with the New York Jets. His 1,070 rushing yards and seven touchdowns on 247 carries earned him a Pro Bowl spot.

Ivory finished fifth in the NFL in rushing and brings much needed physicality (6-foot, 222 pounds) to Jacksonville’s offense. Head coach Gus Bradley still looks at Yeldon as the main guy, but the former second-round pick (2015 NFL Draft) seems to be just fine with the addition of Ivory.

“I felt like it was a good signing to help us out and get a 1-2 punch going on,” Yeldon said per Ryan O’Halloran of The Florida-Times Union. “It will help us stay fresh just like at Alabama with me and Eddie [Lacy]. We can go all out on every play and then come out when we need a break and the other guy can go in and do his thing.”

Yeldon would tie the freshman record in touchdowns that was set by ex-Crimson Tide back Mark Ingram in 2008, en route to helping the program obtain its 15th national championship.

Career wise, he would go on to rush for 3,322 yards and 37 touchdowns on 576 carries. Yeldon was named first-team All-SEC as a sophomore in 2013, prior to turning professional.

He was one of the nation’s elite running back prospect at Daphne (Ala.) High School.

Yeldon was regarded as a five-star recruit by Rivals and 247Sports, while earning the title of Mr. Football in the state of Alabama. He was named a high school All-American in 2011, courtesy of USA Today and finished his four-year career with 6,155 yards from scrimmage and 73 touchdowns.