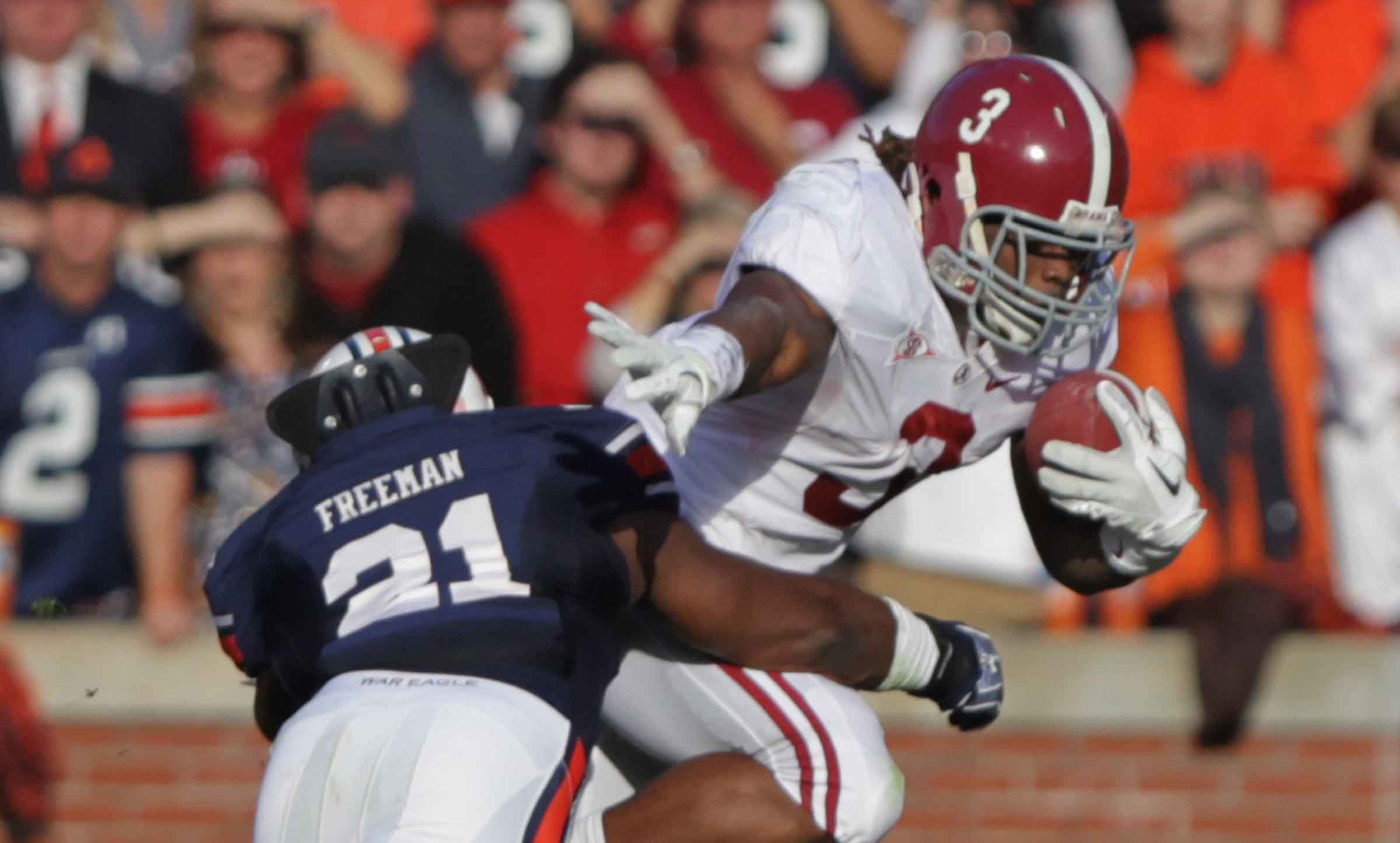 He has yet to record a 1,000-yard season, but Trent Richardson already knows where his final destination in the National Football League will be—Canton, Ohio.

Richardson has accumulated an average of 3.3 yards per carry in three seasons and despite being traded and cut twice, he has his sights set on accepting an invitation to the NFL’s Hall of Fame.

According to Clifton Brown of Comcast SportsNet, the former Alabama running back intends on “putting on a yellow jacket” to end his career. It has not been easy for Richardson, nevertheless, the 25-year-old remains with high confidence. He was granted a fourth pro football opportunity, when the Baltimore Ravens signed him as a free agent on April 18. Richardson will compete with five other backs for a roster spot, including Justin Forrest—Baltimore’s primary rusher during the 2015 season.

Health issues (weight) have been a problem for him, but the former Heisman finalist appears to be ready to shed the label of “bust” off his name. One person who believes in him is Mike McCoy, Richardson’s teammate at Alabama and his trainer in getting him back to the NFL.

“Trent has never been a bust by no means,” McCoy said. “He just needed to learn how to value himself again. Mark my words, don’t be surprised if you see Trent in the Pro Bowl next season.”

Prior to the NFL, Richardson was a standout and a fan favorite in three seasons at Alabama.

He set the school’s single-season rushing record in yards (1,679) and touchdowns (21) in 2011, until Derrick Henry surpassed him last season. The Pensacola, Florida native accounted for 3,860 yards from scrimmage (rushing, receiving) and 42 total touchdowns on 608 plays in his career.

Richardson was a two-time first team All-SEC selection (2010-11) and a unanimous All-American selection in 2011. He won the Doak Walker Award—nation’s top running back and SEC’s Offensive Player of the Year in 2011. Richardson was a part of two national championships during his tenure.