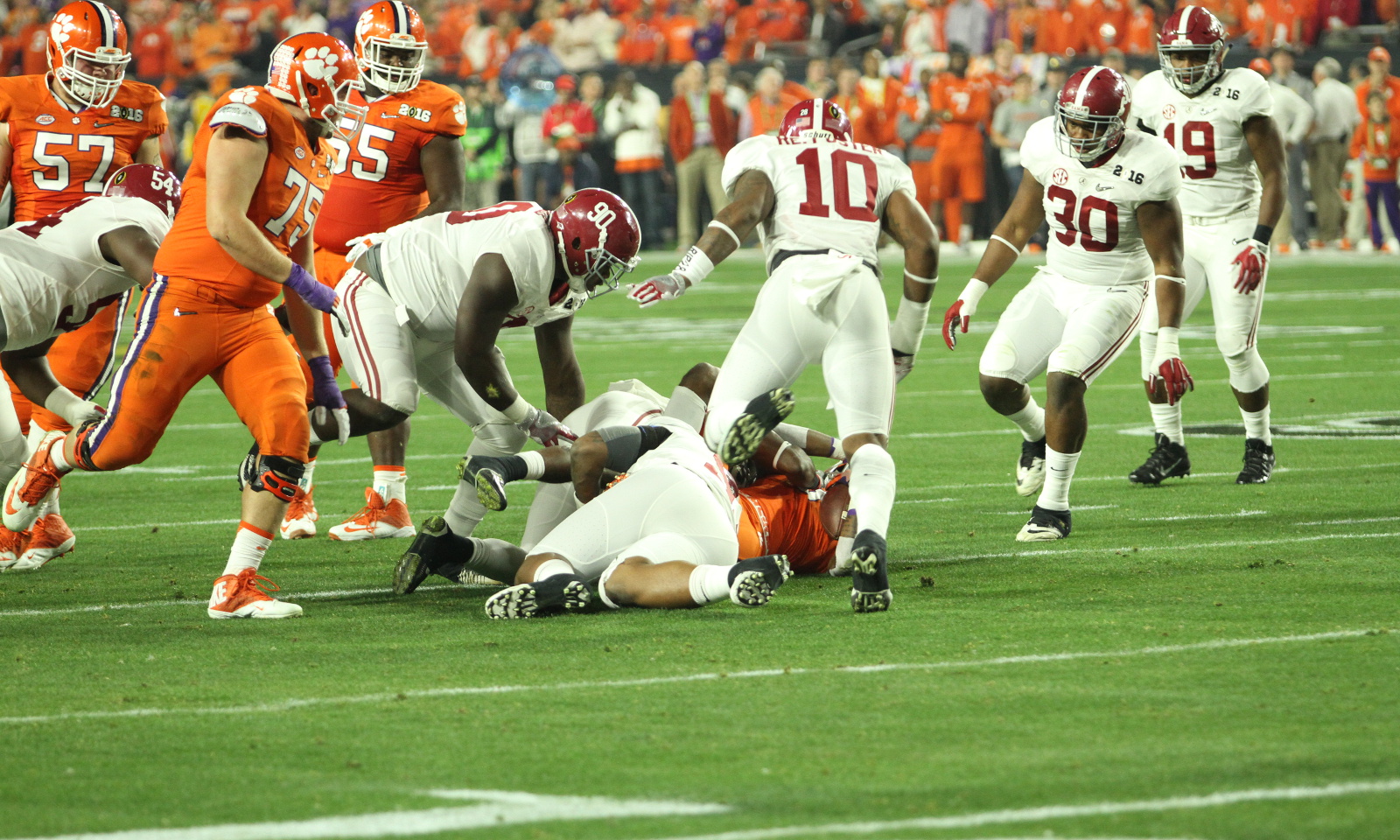 With mandatory mini-camp slotted for next week, all 32 NFL teams are going through its final session of organized team activities. He won a field goal challenge in rookie mini-camp and has been impressive throughout OTAs, but now Jarran Reed will try his luck on the baseball diamond.

Reed, who was taken by the Seattle Seahawks in the second round of the 2016 NFL Draft, will throw the ceremonial first pitch for the Seattle Mariners tonight against the Texas Rangers.

The 6-foot-3, 307-pound defensive tackle was a standout at Alabama for two seasons.

He led all defensive linemen in tackles (57), while adding 4.5 tackles for loss, a sack, eight quarterback pressures and two pass breakups in 15 games last year.