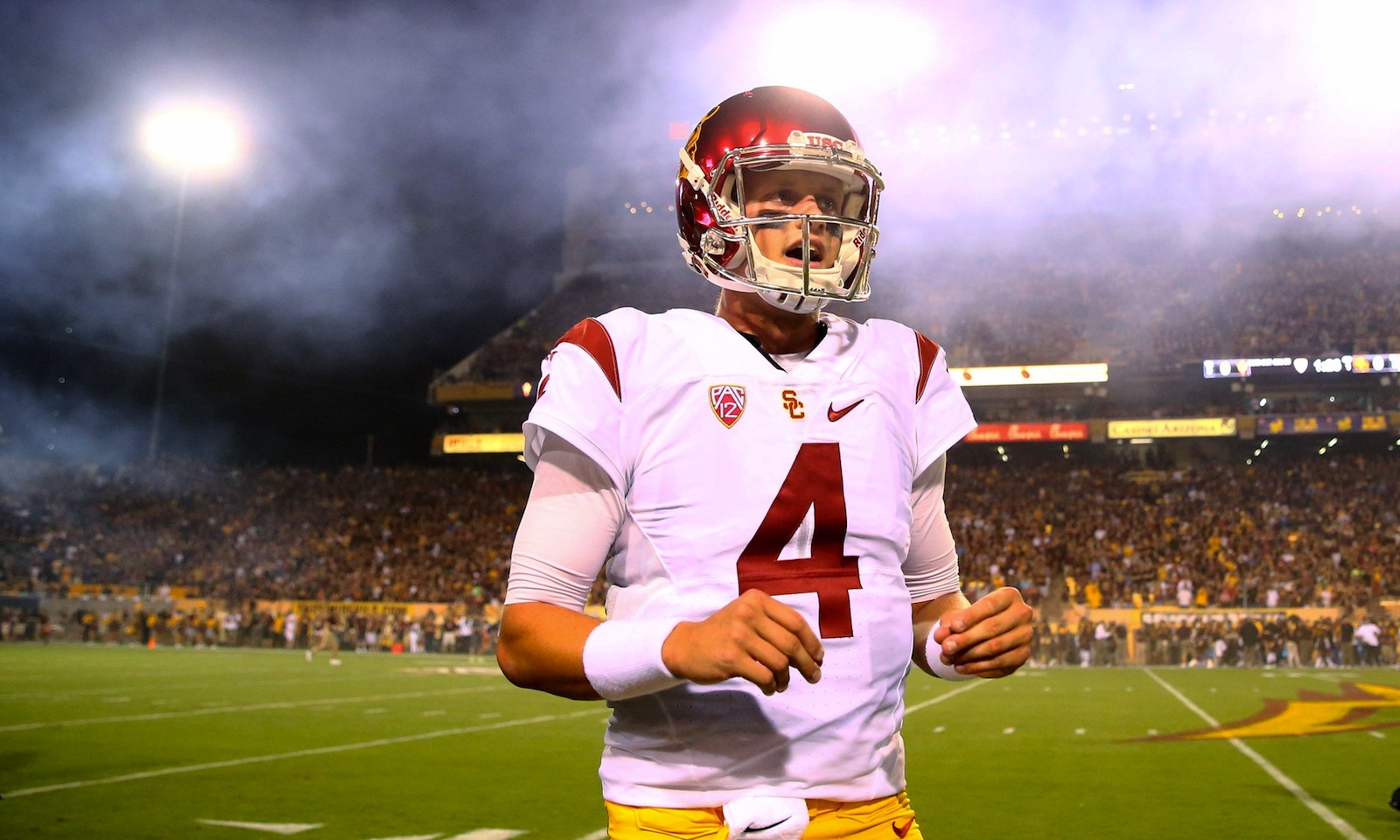 The men of Troy have a system in place. With 49 days separating fans from the season opener between Southern California and Alabama, fall camp will be the mechanism used for USC to find its next quarterback. Neither Max Browne nor Sam Darnold took hold of the job in spring practice but per John Taylor of NBC Sports (College Football Talk), Browne has a slight edge in the competition.

Eighteen days of fall practice will be the barometer used by Helton and first-year offensive coordinator Tee Martin (fifth season at USC) in deciding who starts against Alabama on Sept. 3.

USC will replace former signal-caller Cody Kessler, who tossed for 3,536 passing yards with 29 touchdowns to seven interceptions during 14 games in 2015. Browne got his feet wet in three games as a redshirt sophomore. He threw for 113 passing yards on eight of 12 completions.

Alabama will look to repeat as national champions in 2016, starting with owning the stage at AT&T Stadium in Arlington, Texas over USC. Coach Nick Saban is 8-0 in season openers with the Tide since arriving in 2007 (9-0, but win in 2007 against Western Carolina—vacated).