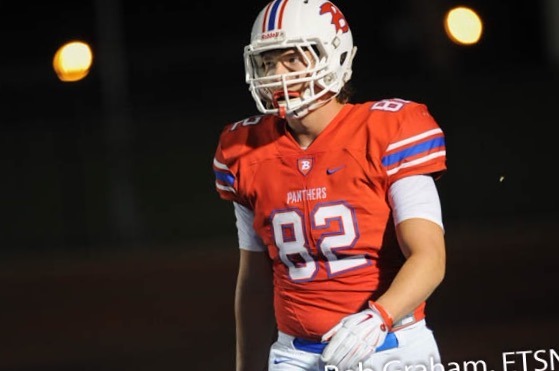 Major Tennison, a 4-star tight end out of Bullard High School in Texas grew up a die-hard Texas Longhorns fan and when the opportunity to fulfill his childhood dream became an opportunity in October of 2015, Tennison took it and ran.

The 6’6″, 245 pound prospect has been committed to the Longhorns for nine months, until today when announced his decommitment from Texas.

Only doing what I feel is best for me, thank you. pic.twitter.com/DlieDowUuN

Tennison’s has been under the eyes of  recruiting followers and the media as of late as many thought that he would flip his pledge to Nick Saban and staff. Those rumblings are now being amplified, especially with the Texas product set to take an unofficial visit to Tuscaloosa next weekend.

Alabama is undoubtedly an attractive spot for a player like Tennison based on his game as a whole.  He has a prototypical tight end frame at 6’6″, 245 pounds but runs really well, although not the quickest guy, he still makes a lot of plays as an in-line tight end and slot receiver. With Tennison’s natural catching ability and Mario Cristobal’s track record with tight ends, (Jeremy Shockey, Kellen Winslow, Bubba Franks) Tuscaloosa could be a match made in heaven for Major Tennison and he could be another weapon to add to Alabama’s already loaded roster.