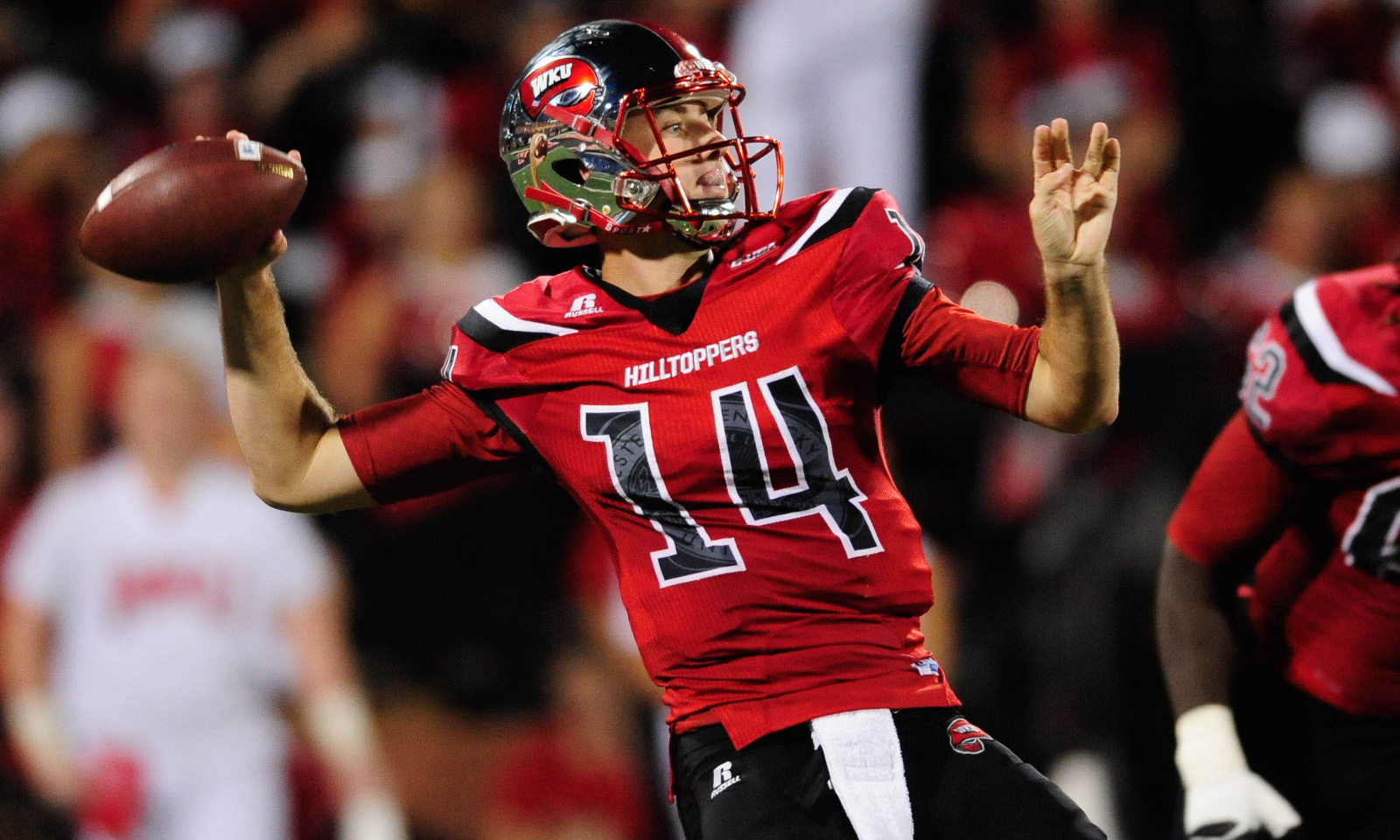 Even after a 52-6 blowout win over Southern California, Alabama coach Nick Saban was not pleased with the performance from the Crimson Tide. In his defense, the unit did have four penalties (-29) and two turnovers—yet, an opportunity to improve can happen this week.

Tide fans are set to pack out Bryant-Denny Stadium on Saturday for the team’s home opener against Western Kentucky. It will be the third meeting between Alabama and the Hilltoppers, dating back to 2008. Head coach Jeff Brohm and his group have been outscored 76-7 in two losses; however, it carries a high-powered offense to Tuscaloosa to face top-ranked Alabama.

The departure of three-year starter Brandon Doughty to the National Football League is one that will be hard for Western Kentucky to replace. He was the nation’s top passer in 2015, averaging 361.1 yards per game. Doughty accounted for 5,055 passing yards and 48 touchdowns to nine interceptions on a 71.9 percent completion rating. Western Kentucky also lost Jared Dangerfield (WR), Antwane Grant (WR), Dejon Brown (LB) and Jontavius Morris (DL) to graduation, nevertheless, it returns a productive roster that totaled 46 points in a 46-16 win over Rice.

Both Saban and outside linebackers coach Tosh Lupoi stressed all week in practice on the importance of disrupting the timing of this offense. With that being mentioned, we take a look at some impact players for the Hilltoppers on both sides of the ball heading into Saturday’s contest.

Cornerback Adoree’ Jackson limited Alabama’s Calvin Ridley to two catches on last week, but now the task of defending one of the better wide receivers in college football falls on Lesten.

The 6-foot-3, 205-pound defensive back finished second on the team in tackles (96), while recording three tackles for loss, three pass breakups, an interception, a fumble recovery and a quarterback pressure in 2015. He chimed in with five total tackles and a pass breakup against the Owls.

Despite a deadly passing game, Western Kentucky still has a balanced offense. Wales was the team’s top back a year ago, amassing 1,091 rushing yards and nine touchdowns on 155 attempts.

He became one of the leaders on defense a season ago, collecting a team-high 106 tackles as a sophomore. McCollum led the bunch in tackles for loss (11.5), while posting three sacks, three pass breakups, two quarterback hurries and a forced fumble in 14 games. His lateral quickness guided him to a strong outing against Rice, which resulted in 12 tackles and a forced fumble.

He’s the heir to Doughty’s throne, though it comes in his junior year. White, a redshirt junior, came to Western Kentucky from the University of South Florida. The 6-foot-4, 215-pound quarterback spent two seasons with the Bulls, prior to transferring to the Hilltoppers in 2015.

He put on a clinic against Rice, completing 25 of 31 pass attempts (80.6 percent) for 517 yards and three touchdowns. White earned him a spot on the Davey O’Brien’s “Great 8” list, which recognizes the top performing quarterbacks each week. He was a member on an offense that averaged 44.3 points per game last season, despite having to sit out because of the NCAA transfer rule.

Alabama’s secondary made USC’s JuJu Smith-Schuster a non-factor in week one.

Taylor may not be a physical freak (6-foot-1, 195 pounds), however, he is an exceptional route runner. He averaged 104.8 receiving yards per game, while totaling 1,467 yards and 17 touchdowns on 86 receptions in 2015. Taylor ended his performance against the Owls with a 100-yard outing, chiming in with 165 receiving yards on five catches.