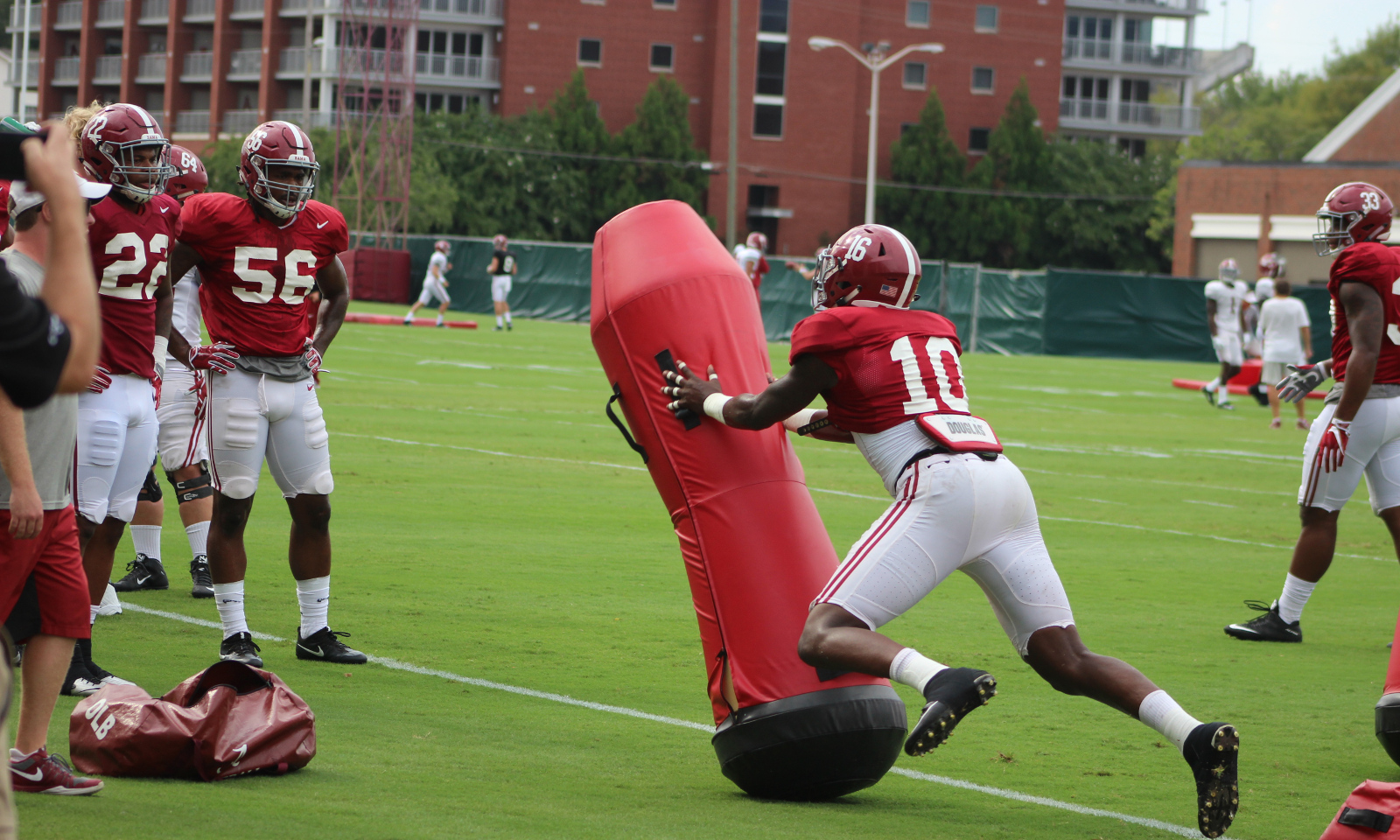 Listed below are just a few observations from practice at Thomas-Drew Field.

-True freshman Jalen Hurts took all quarterbacks through passing drills, with Blake Barnett, Cooper Bateman and David Cornwell falling behind him. Hurts is expected to start this week.

–Alphonse Taylor continues to work at right guard with the second-team unit.

-Assistant coaches Mario Cristobal (OL/tight ends) and Tosh Lupoi (OLBs) appeared to be pleased with the effort given by their guys during two viewing periods. Both kept very high energy.

–Xavian Marks and Irvin Smith were the lone two offensive players that I saw with scout team numbers on. Marks wore No. 12 (Van Jefferson), while Smith donned No. 17 (Evan Engram).

-Dwight and Payne both sported No. 9, for Rebels DL Breeland Speaks. Jennings wore No. 24, to represent Ole Miss LB Tayler Polk. Smith had on No. 93, to emulate Rebels’ DL D.J. Jones.

-OL Richie Petitbon (knee) practiced for the first time without a non-contact jersey.

-Alabama will continue with practice on Wednesday at 3:30 p.m., followed by coach Saban’s final game week presser– which will be at 6:00 p.m. (CT) inside the Mal Moore facility.