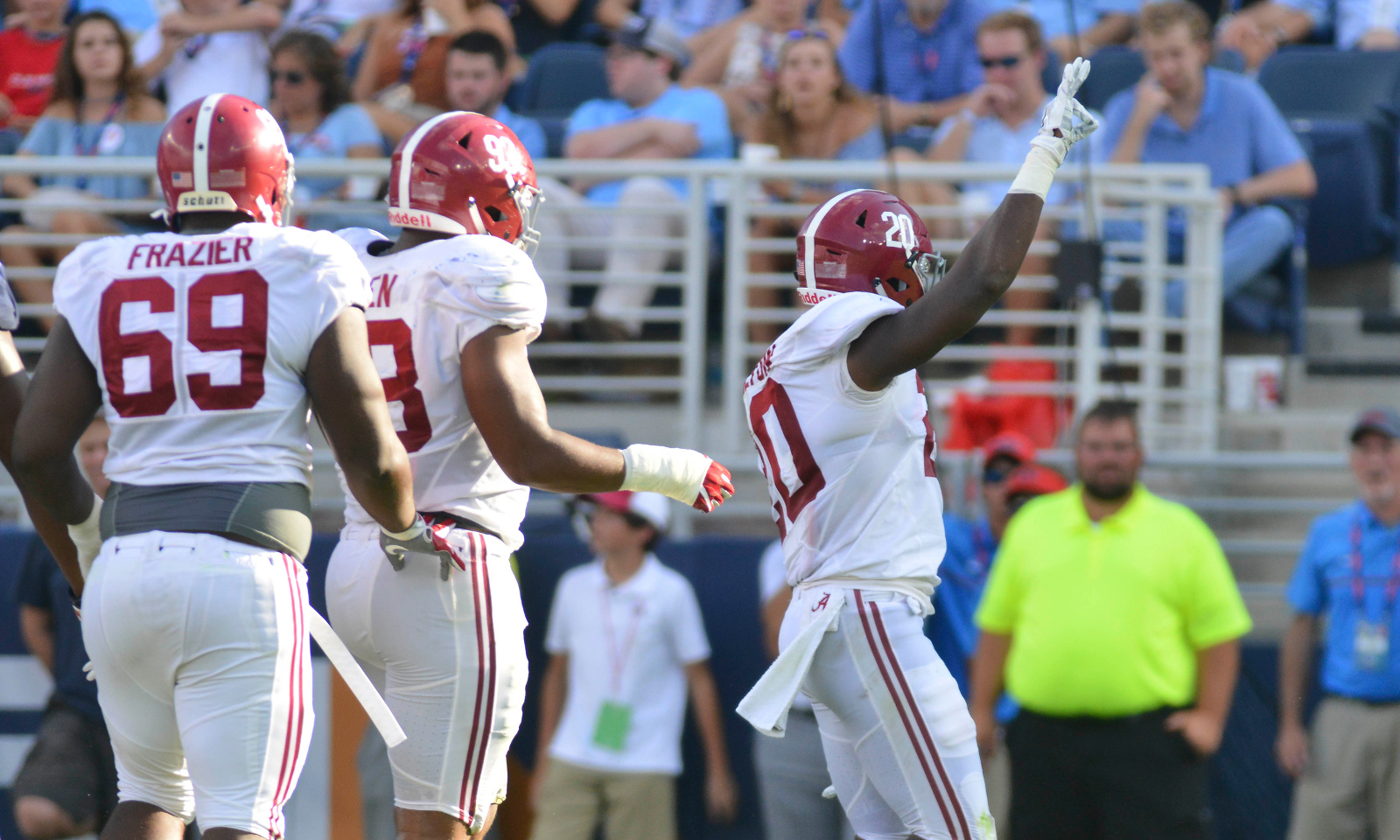 As great as Reuben Foster is (and he is), he will not be at Alabama forever.

The 6-foot-1 wrecking ball at linebacker is expected to be a first-round pick in next year’s NFL Draft and after leading the team in tackles (12) against Ole Miss, no one would think otherwise. Alabama has a history of recruiting and molding quality inside linebackers, with the next one on the rise being Shaun Dion Hamilton.

Hamilton, a junior, chimed in with a solid game last week. He finished with seven total tackles, including two for loss and a sack. Hamilton assisted the Crimson Tide’s front against the run, limiting Ole Miss to 106 yards rushing on 32 carries. The 6-foot, 232-pound linebacker helped force two turnovers, with both resulting in touchdowns for Alabama. His instincts, toughness and lateral quickness has guided him to 16 tackles (third) and four tackles for loss (team-high) this season, placing him among the leaders in both categories.

He was a four-star prospect from Carver High School (Montgomery, Ala.), prior to enrolling at Alabama in 2014. Hamilton totaled 119 tackles, four sacks, three interceptions, six forced fumbles and a blocked punt, during his senior year in 2013. He starts at middle “Mike” linebacker in the Tide’s base defense, and goes to weak side “Will” backer in its nickel and dime. Hamilton is starting to come into his own as an enforcer.