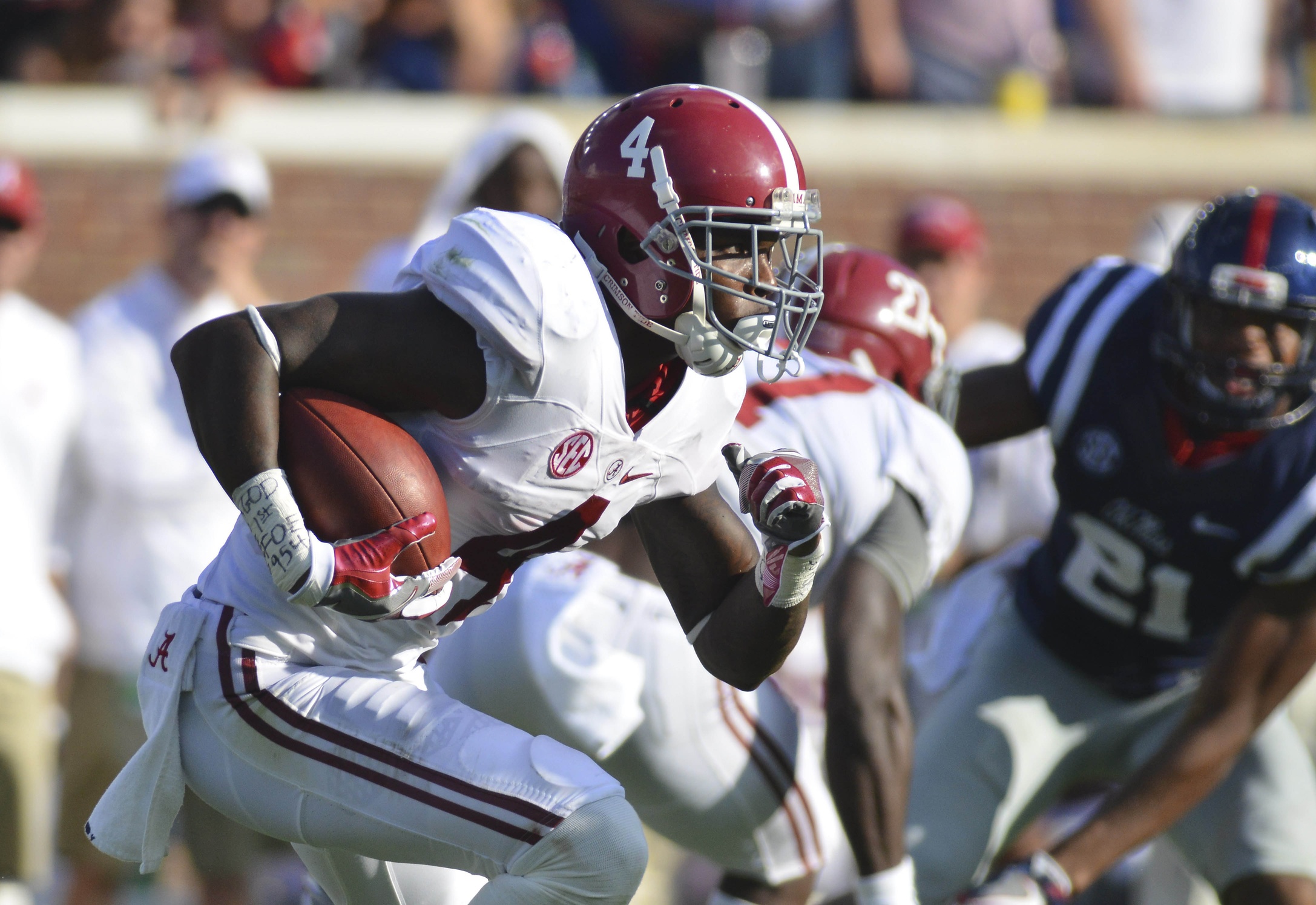 After affectionately being dubbed “Mr. Pick Six” from those at Touchdown Alabama Magazine, senior safety Eddie Jackson may need a new nickname. In what appears to be a new role in returning punts has now put special teams coordinators on notice along with offensive coordinators to steer clear of Jackson. In his first return of the game, Jackson took the Ole Miss punt 85 yards to the end zone to give the Tide even more life heading into halftime.

Jackson already made himself a more coveted NFL Draft prospect with the switch from corner to safety last year. Adding punt returning to his resume won’t hurt either. If he keeps this up, we’ll have to make “Mr. Take it to the House” as his new moniker. Watch the return below.

.@AlabamaFTBL is right back in it!