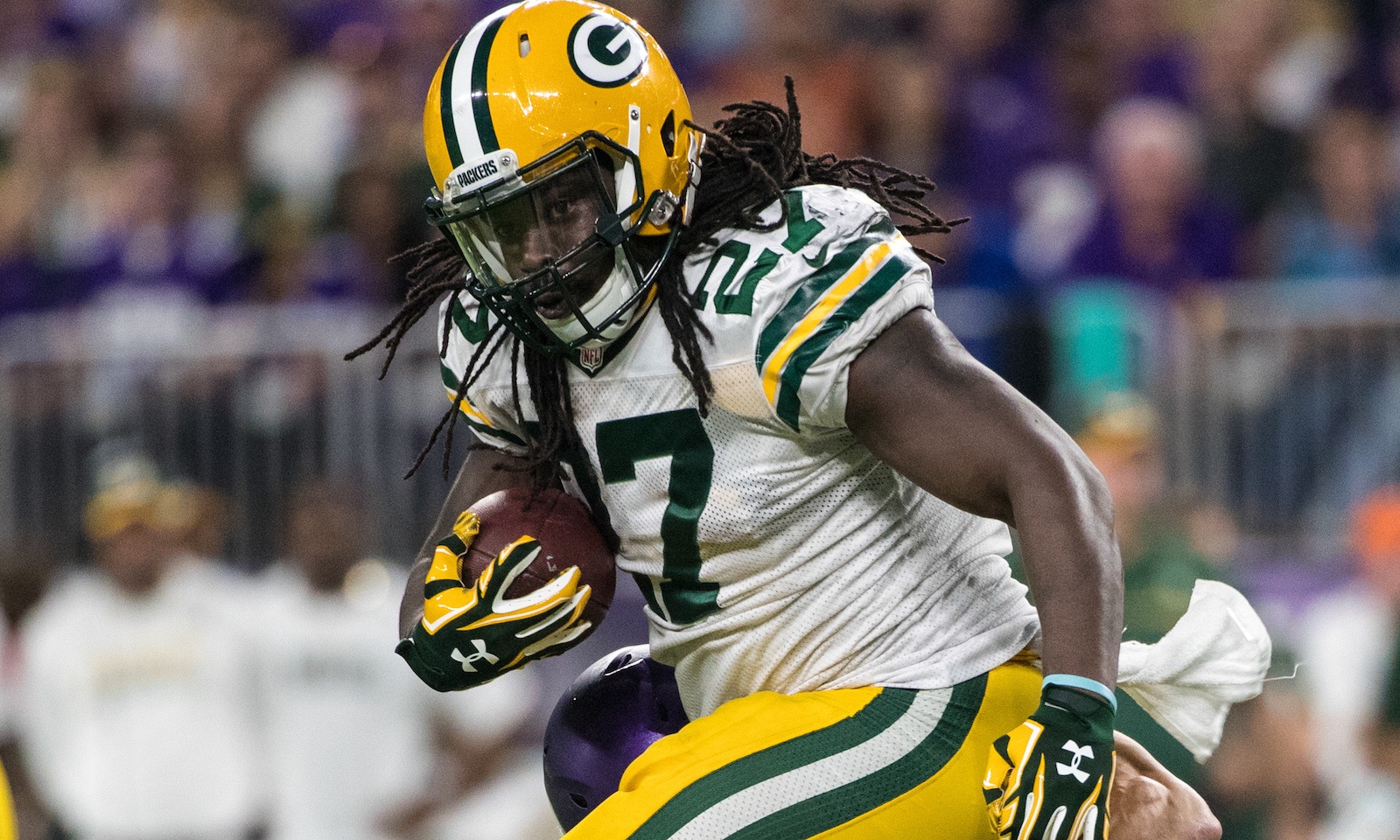 Former Alabama running back Eddie Lacy is on the quest to right some wrongs from a season ago. With a more trimmed down look thanks to his dedication to P90x this offseason, Lacy quickly inspired the fans, his teammates, and even his coaches with his efforts. However, with a newfound restrain to push the plate(s) back, Lacy so far this season is not receiving his fair share of the proverbial meal as it pertains to touches.

Over the past three seasons, statistics show Lacy is at his best when he carries the ball at least 15 times per game. So far this season, he has carried the ball 14 and 12 times respectively. Take a look at his production when the Packers feed him the rock:

– Six games with at least 15 carries

– Five games with at least 15 carries

In conclusion — feed the beast when he’s ready to eat.