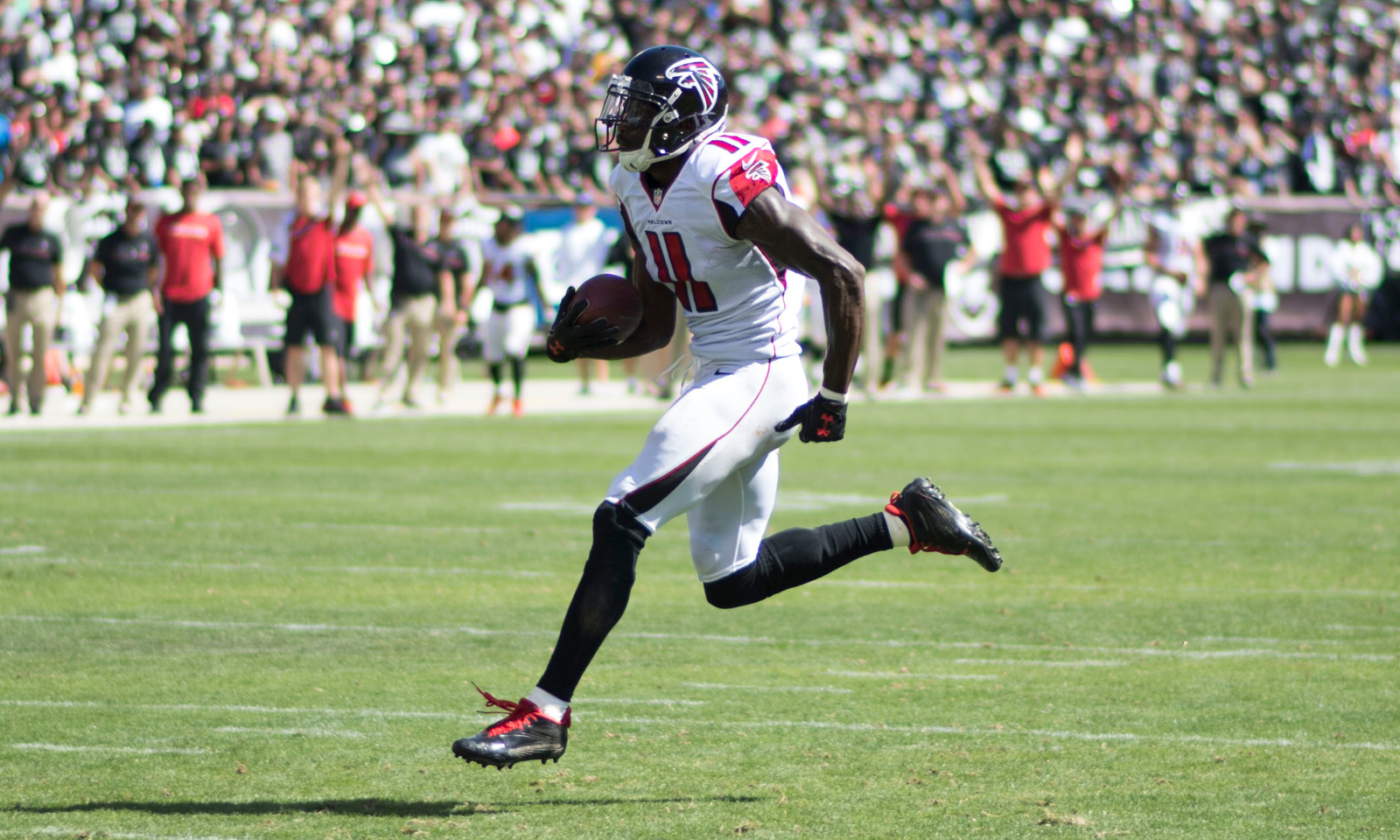 Six-year veteran Julio Jones got the better of sophomore talent Amari Cooper, during Sunday’s 35-28 win for the Atlanta Falcons over the Oakland Raiders. Jones led the Falcons in receiving with five catches for 106 yards, including a 21-yard touchdown grab in the second quarter. He created separation from a Raiders’ defender on a slant route, giving Matt Ryan a viable target to hit in capturing a 10-3 lead on the road.

Three of Jones’ five receptions were in excess of 20 yards, with his longest being a 48-yard grab. The former first round pick (2011 draft) has nine catches for 172 yards and two touchdowns after two games.