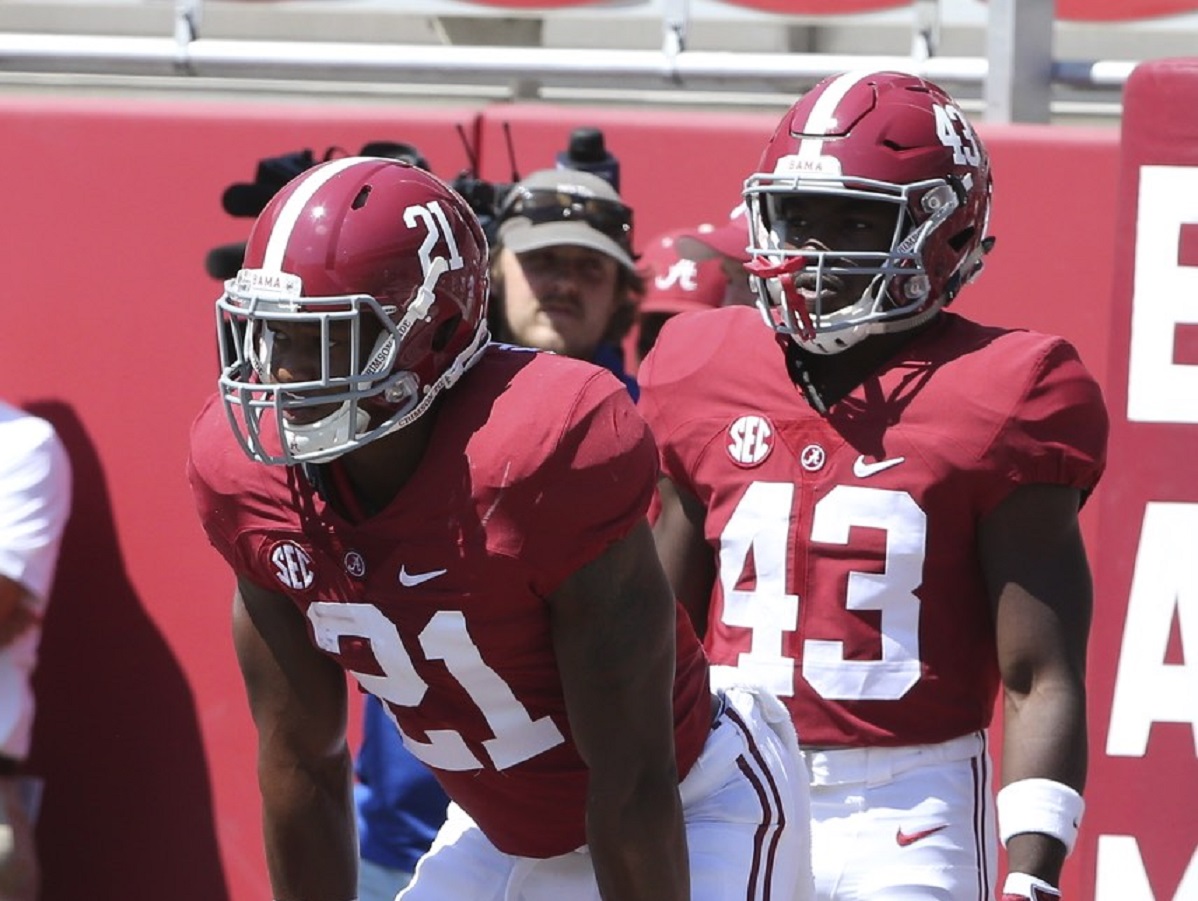 Still wondering if some positions are up for grabs? Think you know whose job is set in stone? Read and see if agree.

Are All Alabama’s Position Battles Over?

With Alabama’s first big test of the season behind them and the team getting a little extra rest this week and getting to play a cupcake opponent to rest up even further, the question some fans are still asking is, “Are all Alabama’s position battles over?”

And as with anything that Nick Saban is charge of, the precise answer is, only he knows for sure. But the reality certainly seems to be more simple. So let’s examine some of the key positions and whether or not that position is set for the rest of the season.

Defensive Secondary – Some positions are in concrete. They’ll be there until someone is hurt, breaks a team rule or some other calamity. The folks set in concrete are the two safeties, strong safety Eddie Jackson and free safety Ronnie Harrison. At corner, Minkah Fitzpatrick seems set but everywhere else expect to see rotations. Certainly Marlon Humphrey has a job for now at the other corner, but there is a lot of talent constantly pushing him and he may be rotated in and around a good bit.

The defensive secondary has shown some lapses and certainly Chad Kelley at Ole Miss exposed some weaknesses, but overall they’re a very young group that only get better after this baptism by fire from Ole Miss.

Defensive Linemen – This group is maybe the nation’s best and it’s set in hardened cement.

Linebackers – This group is almost two deep without any noticeable difference in play, but the starters are set in stone. That’s not to say you won’t see substitutions, you will, but they have roles to play by scheme. The good news here is this group is not only set, but can survive an injury or two in the group and still be one of the nation’s best.

Receivers – The two wideouts are cemented in stone. Calvin Ridley and ArDarius Stewart are future NFL starters. Close the book on anyone taking their job. At slot, Gehrig Dieter has the job now, but he’s not set in stone. There are some very talented receivers that could steal that spot from him if he slumps or the others just start showing out. O.J. Howard is number one and will stay that way, but there are others that will see playing time at the other end when a two tight end package is used.

Offensive Line – Overall, this group is set in stone. They are just beginning to gel and the running game still has a way to go until they really get cohesive. This group has NFL size, but only has one senior on it, it’s still a young group that is far from peaking.

Running Back – I said before the season that Damien Harris, not Bo Scarbrough, would be the man and so far that has certainly proven to be the fact. Also given Scarbrough’s late 4th quarter fumble, that could have cost Alabama the game, Scarbrough may have slightly fallen a little further behind Harris. Behind these two Alabama is truly blessed with two other running backs who could easily step in if one of the first two get injured. Saban has given them opportunities to play with them healthy and both have favorably impressed both the team and the fans. But right now, Harris is the man and his job is set in stone.

Quarterback – Blake Barnett, you had your shot, but the job is now clearly Jalen Hurts. Yes, he shows some rough spots here and there and he’s clearly still a work in progress, but he’s still the team believes in and he does move the chains and puts spark in the offense that no one else does. This is just the first of at least three years for Hurts and with Alabama just getting a commitment from high school sensation Tua Tagovailoa for the 2017 class, Alabama seems set at quarterback for quite a while for a change.

This is Hurts’ team now and his job is pretty much set in concrete now.

Overall – Overall, what you’ve seen so far is what you get from a personnel standpoint, but is not what you will see all year in performance. This is a team that is killing good opponents now, but will only get better as a group and should be peaking come playoff time.

That is the news that is most upsetting to their opponents.