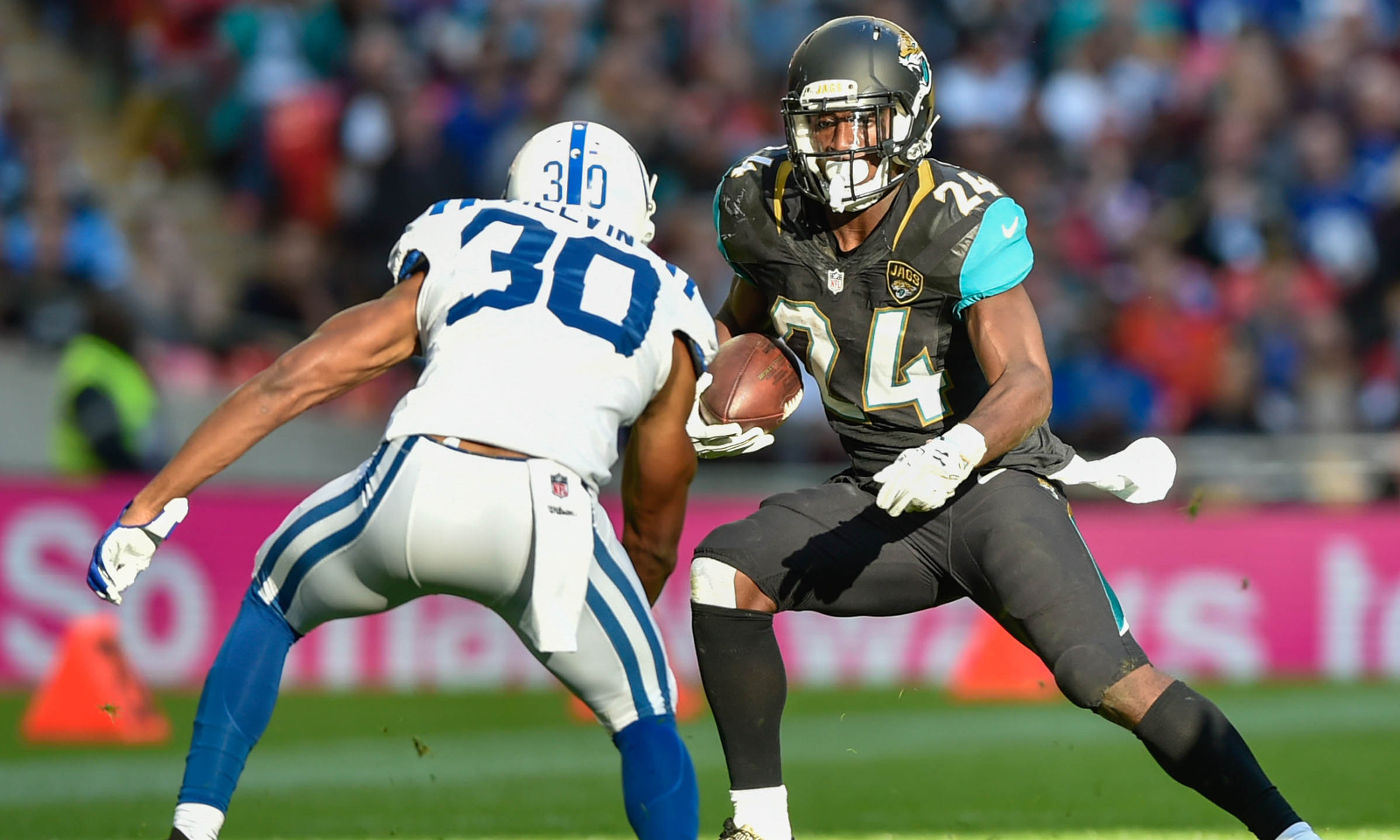 Second-year running back T.J. Yeldon pulled through for the Jacksonville Jaguars.

Coach Gus Bradley’s team was winless in its first three games, before earning a 30-27 victory over the Indianapolis Colts on Sunday at Wembley Stadium in London, England. In his home away from home, Yeldon went to work. The former Alabama back picked up 117 yards from scrimmage on 18 touches.

With Chris Ivory dealing with ankle and knee injuries, Yeldon got the bulk of the carries.

He rushed for 71 yards on 14 attempts, while catching four passes for 46 yards. Despite struggles on third down, Yeldon helped Jacksonville out gain Indianapolis in total yards (331-284) and rushing yards (136-94), while tying it for 23 first downs. It hasn’t been the best season for the once two-time Southeastern Conference champion, however, getting the Jaguars its first win will boost some confidence for him moving forward.