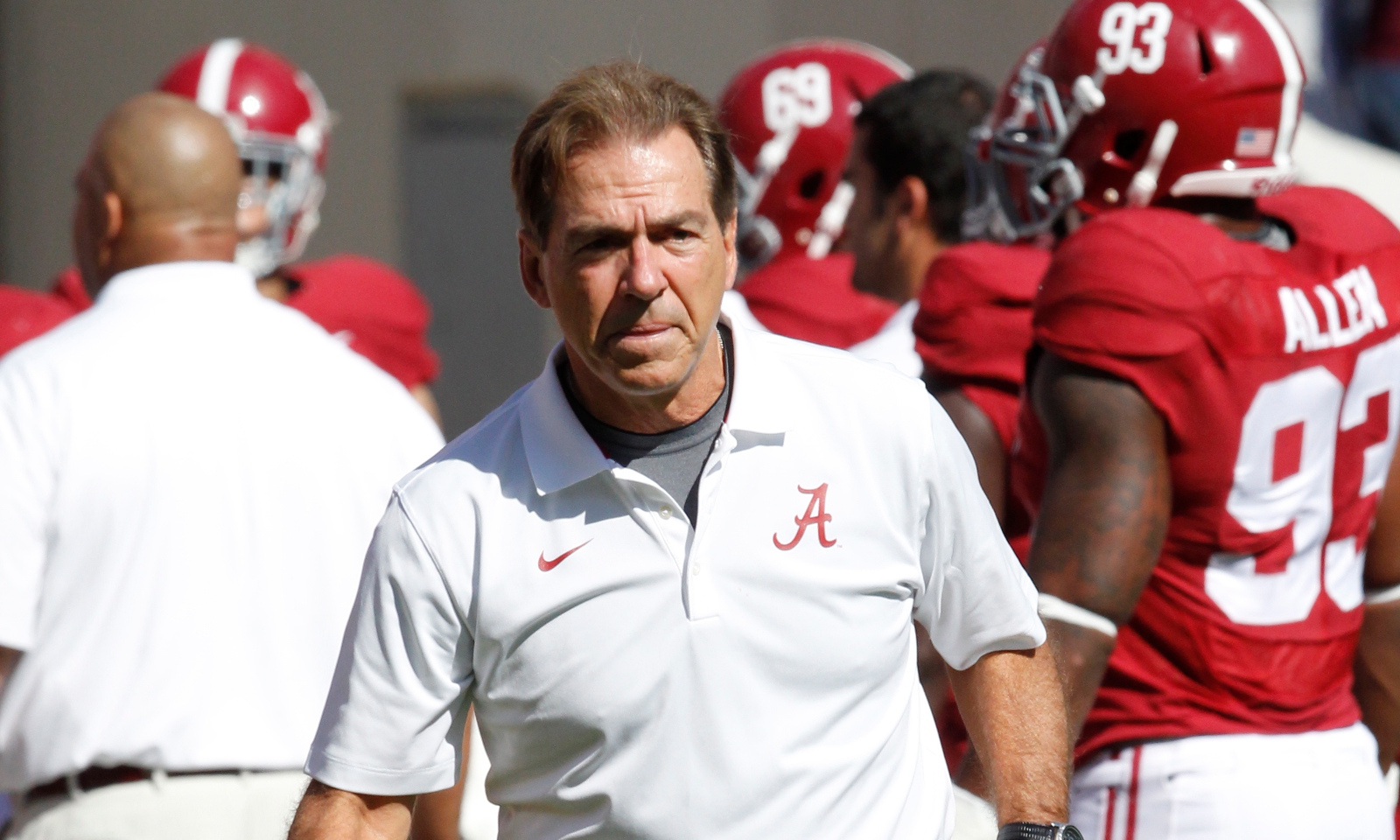 There are some things that have happened this season that even some of in the press didn’t see coming and we study this stuff every day. Do any of these surprise you?

Alabama’s Biggest Surprises So Far in 2016

2016 has been full of surprises all over the college football world, and there have been many at Alabama as well. Some are good surprises, some are bad and some are just surprising.

Let’s start with the bad surprises so we have something to look forward to.

Penalties – First of all let’s talk penalties. This Alabama team is not very disciplined despite their record. Through just seven games so far this season, this team has wracked up 43 penalties for 352 yards. That’s over six per game. They had 89 in 15 games last year or just under 6 per game. But in 2014 there were only 69 for the year or less than five per game. In 2013 just 63, in 2012 54, in 2011 just 49. See the trend? Saban’s teams are getting worse each year and that’s surprising.

Turnovers – You can’t blame turnovers on a rookie quarterback, Alabama’s had a new quarterback for the last three years. But through just seven games this season there have been thirteen fumbles and 3 interceptions. That’s mishandling the ball 16 times or almost 2.3 per game. Contrast that to last season when there were just 22 all year long in 15 games or 1.4 per game and this year they’ve been costly ones.

Bo Scarbrough – Had you told the average fan that Bo Scarbrough would be 4th on the rushing list at the midpoint of the season, no one would have believed them. Even with an 85 yard run against Tennessee last week, he still has a lower yard per carry rushing average than Damien Harris, Josh Jacobs, ArDarius Stewart and Derrick Gore. Maybe with last week’s burst Bo has turned the corner, but he’s still not number two and that is very surprising since most thought he’d be the sure number one.

Adam Griffith – This was the year that Griffith was supposed to be healthy and show the NFL just how good he was and land an offer. But so far this season he’s missed four very makeable attempts and has just a 66.7% average. Last season he started the season with back problems and still had a 69.7% average. This season was supposed to be a stellar one, but it just hasn’t shaped up that way.

Now for some good surprises.

3rd Down Conversions – In 2014, Alabama had a 51.26% in third down conversion rates with a mobile Blake Sims at quarterback. Last season, despite winning the national championship, that rate dipped to 37.38. That just flat out was bad. But so far this season, again with a rookie quarterback, the 3rd down conversion rate shot up to right at 49%. By then end of the season it should well over 50%.

Scoring – Last season Alabama averaged about 35 points per game, so far this season, it’s up to an average of 45! This year’s red zone success is over 84%, last year it was just over 82% so what this means is this year Alabama is scoring more long distance, big play scores. That is certainly a good surprise.

Total Defense – Remember when pundits said with all the stars leaving for the NFL, graduation and transfer our defense would take a major hit? Well that never happened. In fact it’s better! (But just by a little) Last season Alabama allowed 276 yards per game of offense. This year that total is 274 per game. While that’s not much, the fact the defense is better so far than last year’s surprises a lot of people.

Non Offensive Touchdowns – Alabama leads the nation with 10 non offensive touchdowns in 7 games, that 1.42 scores a game the offense doesn’t have to worry about. The other surprising aspect to this is the total number of players getting involved in what the players are calling “The Six Club”. Presently there are seven defensive players in that club. They come from the secondary, the linebackers and even the defensive lineman position. Believe me, nobody saw this coming.

Blake Barnett – Who would have guessed that Barnett would run off in the midst of season play like a spoiled child upset that he didn’t get what he wanted. Will anyone want a guy like that? Sure, someone desperate will. Who doesn’t finish a season? But it’s not really a good or bad thing in many ways. It’s bad that showed such poor character, but good to get a cancer like that off the team. If you’re not a team first guy, hit the bricks.

Joshua Jacobs – When the season started, to be honest, maybe 5% of the average Alabama fan would have recognized his name. He was a fourth to fifth running back in the minds of the folks that did know who he was and today, he, not Bo Scarbrough is the other part of the one-two punch. He was only a three star recruit and not really offered by anyone else other than Missouri. Now this young freshman from Tulsa, Oklahoma has proven to not only be an SEC ready running back, but someone who could be the number one running back should Damien Harris be injured.

Yes I know that this could easy be put in the good surprise category, it is good that Saban once again found a jewel that others missed and that he’s really contributed to the team this season, but maybe it’s right where it belongs, because no one and I mean no one saw this coming when he was recruited last season.

Cole Mazza – How cool is it that Alabama has had back to back perfect players at one position. Carson Tinker was first and is now in the NFL and now Cole Mazza is following him. Neither Tinker or Mazza has had an errant snap on either a punt, field goal or extra point. That Cole is perfect really isn’t a good surprise, it was almost expected, but the only real surprise is that lightning struck twice at Alabama by getting two perfect players at one position.

Think of some other inclusions that should be here? Let us know in the comment section.