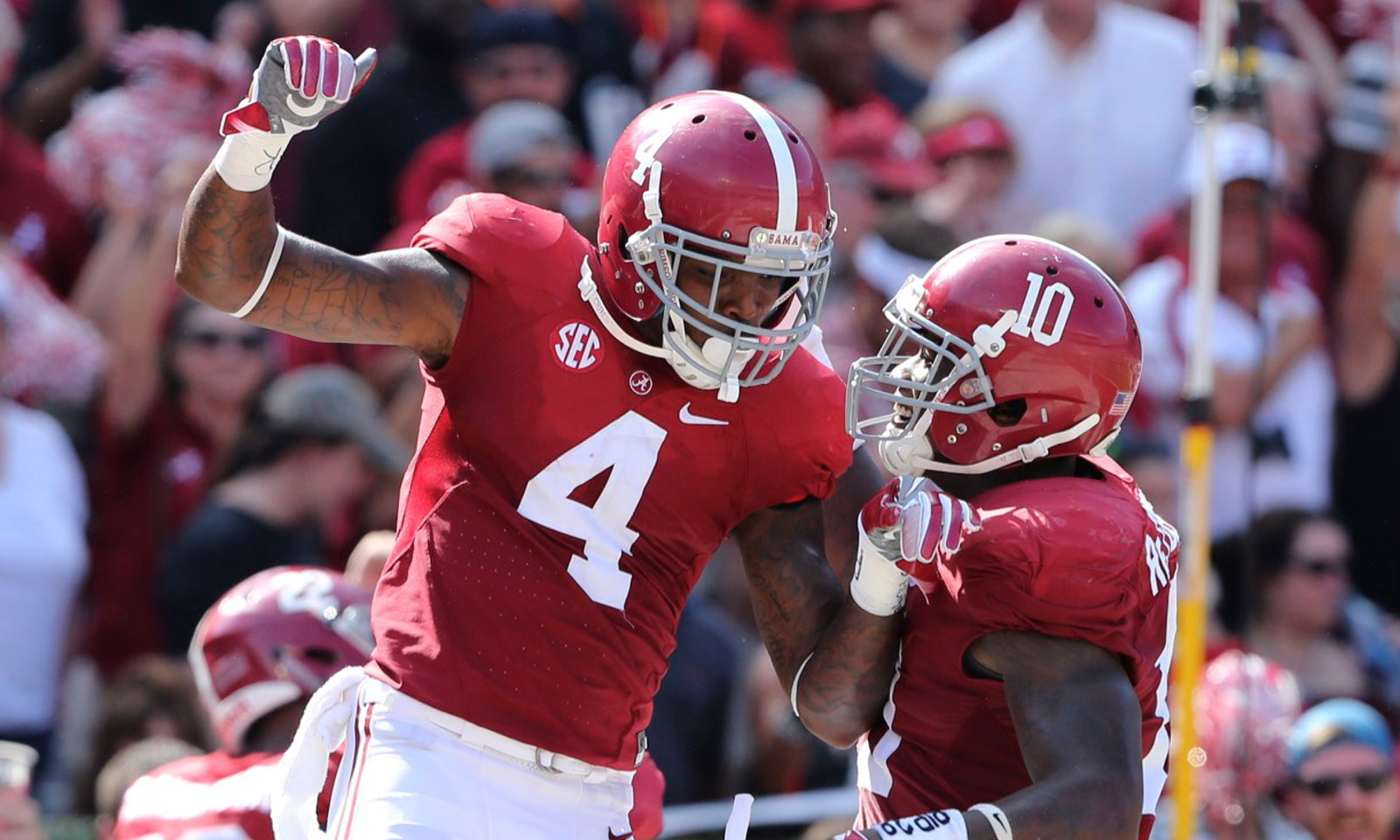 TUSCALOOSA—Alabama claimed sole possession of the SEC West last week, but the result was bittersweet.

Defeating Texas A&M improved its mark to 8-0, however, the Crimson Tide has to finish the rest of this season without one of its leaders—Eddie Jackson.  Jackson, a senior, was carted off the field in the fourth quarter.

He suffered a season-ending leg injury while returning a kick.

Prior to the mishap, Jackson was considered by most NFL Draft experts to be a first-round pick. He’s credited with three of Alabama’s 12 non-offensive touchdowns (leads nation), and has nine career interceptions.

While Nick Saban, Marlon Humphrey, Jonathan Allen and O.J. Howard all expressed their grief in a post-game interview, others took to social media to express their prayers for Jackson and his family.

The Tide had a 3,000-yard passer, a Heisman-winning running back, a 1,000-yard receiver and a stellar defense in 2015, but something special helped it capture a national championship. It dedicated the season to a fallen friend, former running back Altee Tenpenny.

Sticking decals with the No. 28 on the back of helmets, helped players remember Tenpenny’s smile and engaging personality. It brought everyone together, creating the idea of playing for something bigger than one’s self. Nothing has been mentioned in regards to what Alabama will do to honor Jackson, but multiple teammates have already started sharing Twitter posts.

My thoughts and prayers are with you my brother 🙏🏾 @EJackson_4 #GodGotYou

The rest of this season dedicated to my boy @EJackson_4 he work to hard for this to happen. Real dawg

Jackson’s blend of hard work, unselfishness and being a coachable player made him a strong presence in the locker room. His mantle now falls on sophomore Ronnie Harrison, who will don the task of making sure everyone is lined up in the secondary. 2016 will be finish for Jackson.