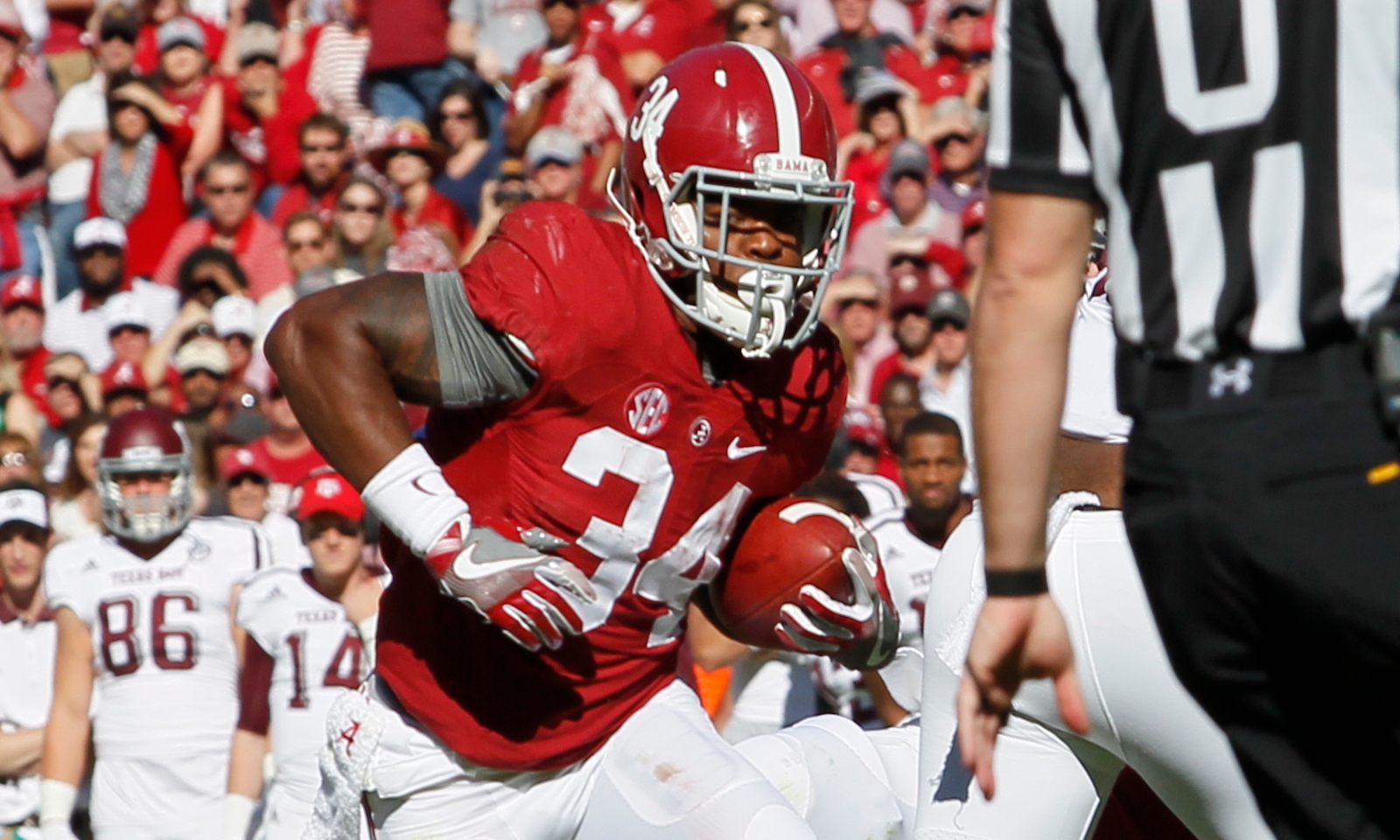 TUSCALOOSA—Don’t be fooled by the one rushing score. Damien Harris is a work horse.

The sophomore running back has quietly put together four 100-yard games, including one last week against Texas A&M in a 33-14 win. Aggies’ defensive coordinator John Chavis expected a much improved run defense, but instead Harris totaled three runs in excess of 10-plus yards and eight carries that resulted in first downs.

He ripped off two 30-yard gainers in the first half against a front that has two of the best pass rushers in college football, Myles Garrett and Daeshon Hall. Harris finished with 125 yards rushing on 18 carries, posting an average 6.9 yards per carry. Coach Nick Saban singled out Harris during his post-game presser.

He said despite a couple of big runs, Harris is still nursing some injuries.

“Damien Harris did a good job,” Saban said. “I don’t think he had the same burst that he’s had in recent games, but he is a tough guy that did a great job for us. He had a great night.”

Harris leads the team in rushing after eight games, accounting for 697 yards on 87 tries.

He’s tied for fourth in the Southeastern Conference in rush yards, while his 8.1 yards per carry average ties him with LSU’s star Leonard Fournette for first. Harris and the Crimson Tide will have a bye week, before traveling to Tiger Stadium (Baton Rouge, La.) to face LSU on Saturday, Nov. 5.