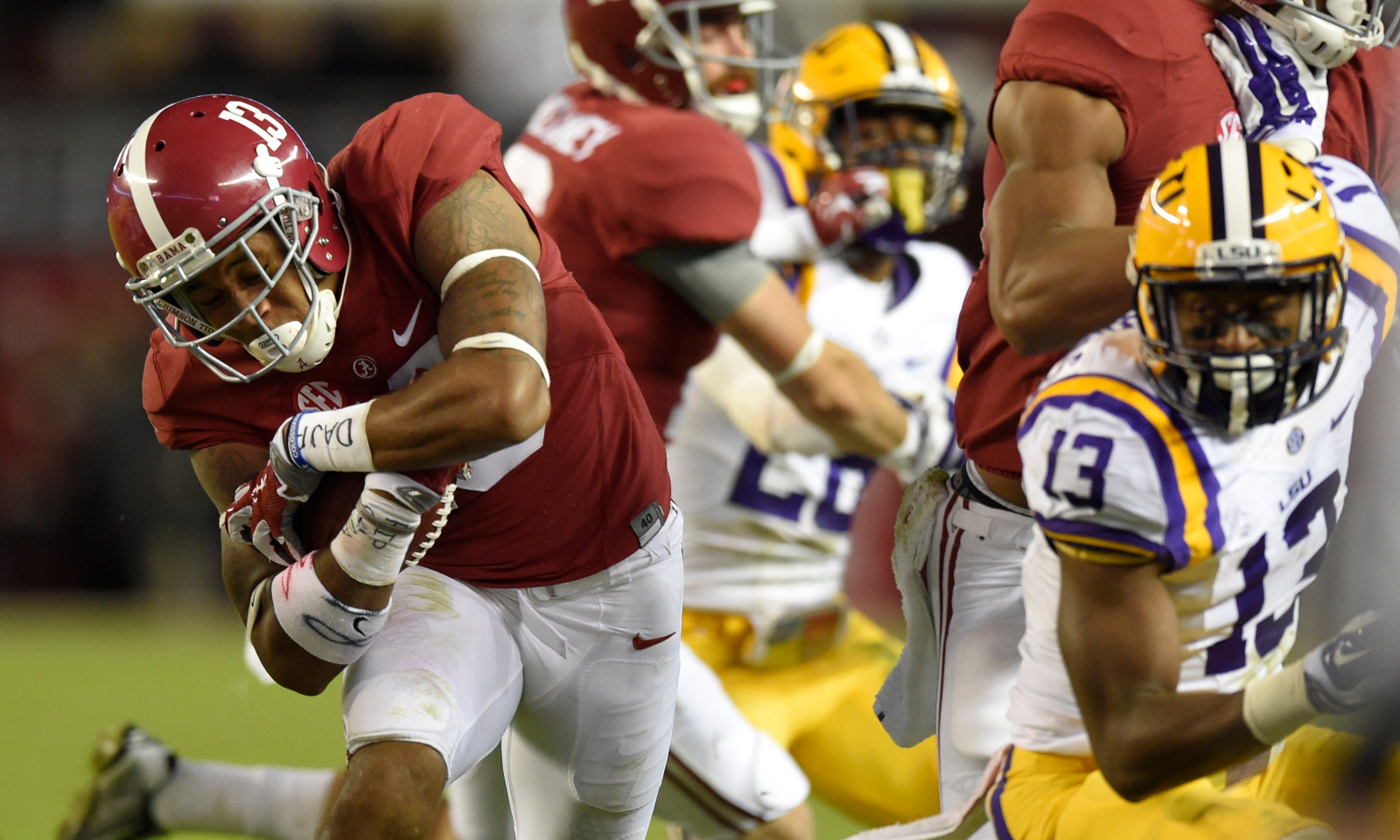 After losing to Auburn 18-13 earlier this season, the notion for LSU’s match-up with Alabama was a one-sided affair. Things have changed under Orgeron, as the Tigers have won three straight games. It’s found stability on offense and Dave Aranda has its defense playing lights out. Tiger Stadium returns as the venue for another heralded November meeting, and defensive back Dwayne Thomas is one of many players that is very excited.

Thomas, who’s been on the losing end of four games against the Tide, spoke with ESPN and LSU beat reporters on Wednesday. Per David Ching of ESPN, Thomas said this is the year for LSU to beat Alabama.

For Thomas, he must defend one of more explosive offenses in college football and rattle its composed quarterback in true freshman, Jalen Hurts. Under offensive coordinator Lane Kiffin, the Crimson Tide is averaging 43.9 points, 264.8 rushing yards and 498 total yards per game.

Even with eight turnovers, Hurts has answered each one with a touchdown drive. He’s accounted for 1,578 passing yards, 521 rushing yards and 21 total touchdowns on a 63.2 percent completion mark.

One thing LSU does have as a vote of confidence was defeating Ole Miss and Chad Kelly.

Kelly, like Hurts, is a dual-threat quarterback. The Tigers limited him to 218 passing yards and forced two interceptions in a 38-21 win at home. On the contrary, Alabama’s secondary was picked apart by Kelly for 421 passing yards and three touchdowns at Vaught-Hemingway Stadium (Oxford, Miss.) back on Sept. 17.

Going into Death Valley at night is not an easy task for visiting quarterbacks. As for its plan to affect Hurts, Thomas put it out there in black and white—but execution is important.

“After hitting him a couple times, most quarterbacks don’t like to get hit,” Thomas said.

The Tigers have lost four straight meetings to Alabama, since a 21-0 embarrassing defeat in the 2012 BCS national title game (2011 season). Two of the five let downs came at Tiger Stadium, including one in 2012—when former Tide quarterback AJ McCarron found T.J. Yeldon for the game-winning touchdown.

It’s obvious that Orgeron wants to be LSU’s next head coach. He’s making every effort to get people motivated and hyped-up for this game, but everything comes to can he out coach Saban.