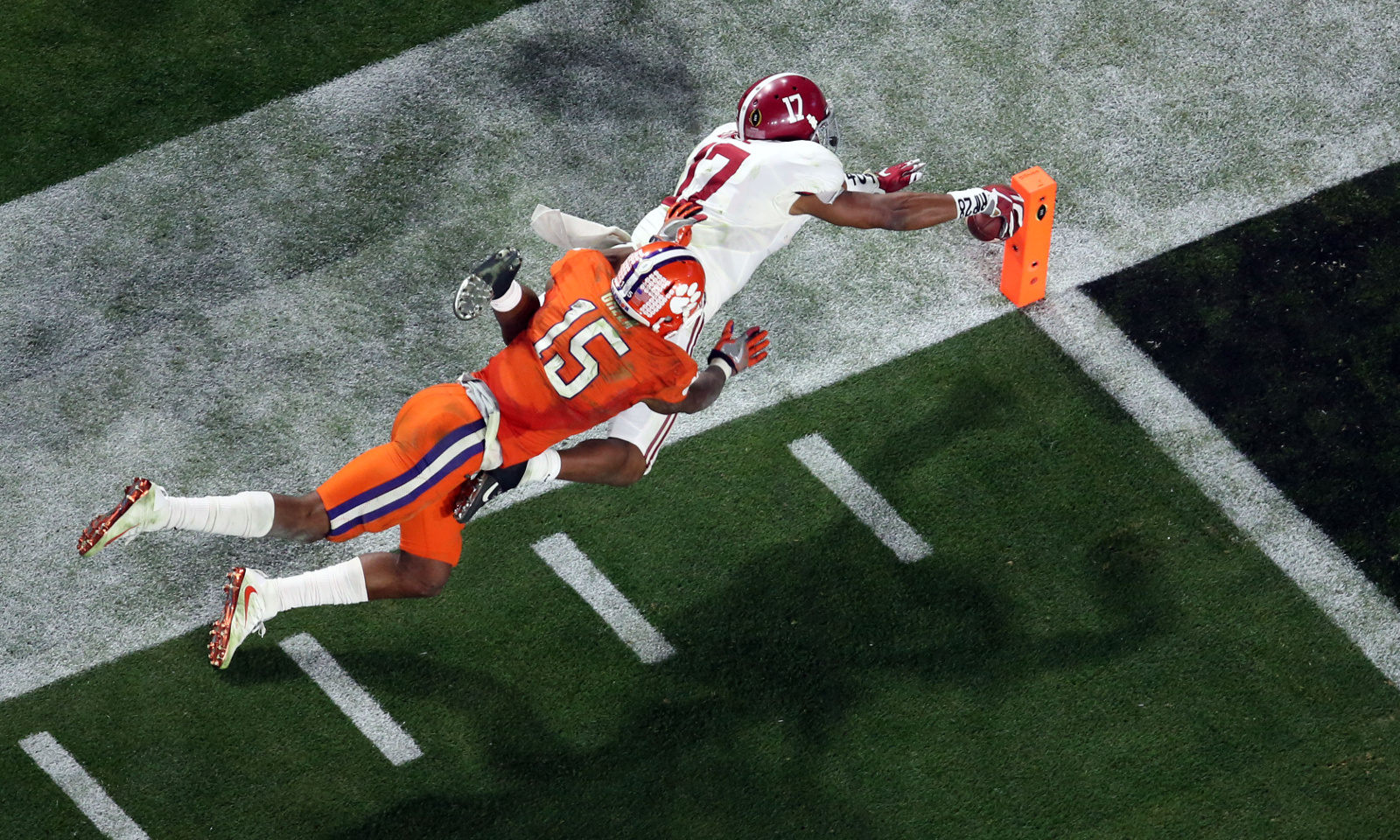 With the release of the first College Football Playoff poll, there are plenty of questions flying around the country about what will happen as the season continues. Alabama topped the list but that was the only thing that went as expected.

Disclaimer: The rankings do not really mean anything until the final list comes out. But let’s pretend they do and debate about them.

With Alabama on top of the list for now, and the love of the SEC West that the committee showed on opening night, there is not much to worry about for Crimson Tide fans. What the rankings showed us on Tuesday night is that the supposed “Eye Test” does not mean much to the voters. At least not as much as the strength of schedule.

Michigan currently sits 8-0 with an average margin of victory of 35 points per game and have the best scoring defense in the country. They had one ugly win against Wisconsin (normal for Big Ten football) but have not been tested by many other teams. They easily handled good teams like Colorado and Penn State but they still sit behind Clemson in the rankings.

The Tigers have struggled at home with teams like Louisville (nothing wrong with that), Troy and NC State while escaping on the road against Florida State. Deshaun Watson still may be the most talented quarterback in the country but he has not been the best in the country this year. Clemson’s offense has started to click but they are just 26th in the country points per game.

To the eye, Michigan has been the more impressive team this season. However, Clemson has the better wins and is arguably a better team. It may not hurt that the committee trusts them after last year’s performance in the playoff.

Texas A&M also benefited from the committee’s rankings and are probably feeling pretty confident as they move forward this season. The Aggies have had their most impressive wins against Tennessee and Auburn, although one of those is looking a little less impressive as the season goes on. They struggled against UCLA and even at South Carolina. The CFP Committee decided that was good enough to be kept ahead Washington and arguably more impressive one-loss teams like Ohio State and Louisville.

Washington was the only undefeated Power 5 team to be left out of the top four. (Western Michigan of the MAC is still undefeated and was ranked at 23.) The Huskies have had one of the easiest non-conference schedules in the country this season and that clearly hurt them. However, you’d think the impressive wins over Stanford, at Oregon and at Utah would be enough for an undefeated team to make the final four. Somehow that was not the case.

Even if you want to argue that Washington’s schedule should keep them out, it is tough to find a reason why Texas A&M was put so far ahead of other one-loss teams. Ohio State’s lone loss was on the road to Penn State but the Buckeyes were supposed to be Alabama’s toughest competition and the talent is still there. Wins at Wisconsin and at Oklahoma still stand out over the wins of the Aggies.

Louisville’s only loss was at Clemson by six points (or three yards) in a back and forth contest that the Cardinal could have easily won. Plus, having the nation’s best player in Lamar Jackson should help their chances.

So no, these initial rankings do not mean anything but chaos will soon strike college football as it often does in November. And what we learned from Tuesday’s rankings is that no one is safe, not even the unbeatens.