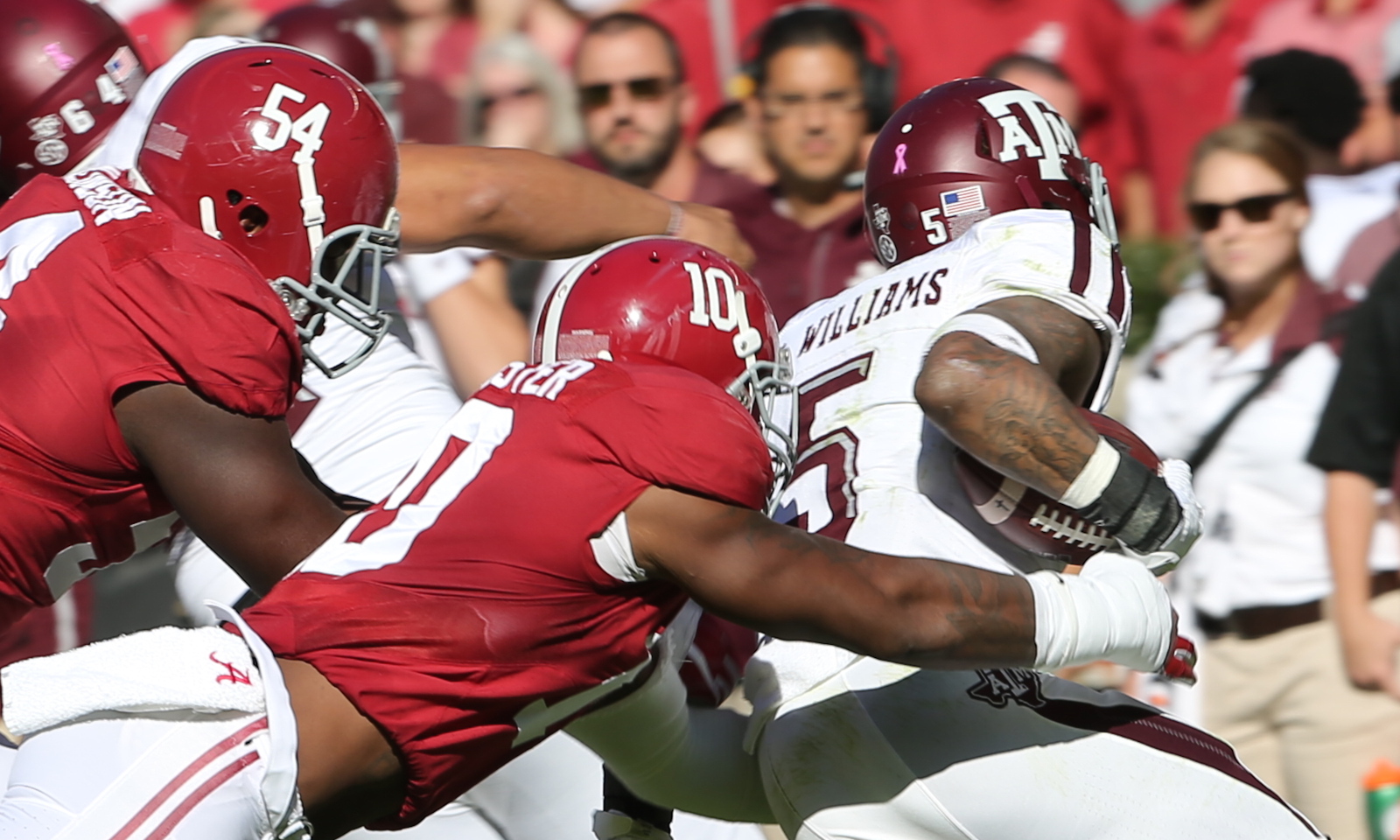 TUSCALOOSA—Alabama’s leader in tackles has been rockin’ a new accessory on his left hand, but it doesn’t appear to be anything too serious. The status of Reuben Foster’s hand was one of many questions Nick Saban answered on Wednesday night, as he took the podium for his final presser during Mississippi State week.

“Reuben Foster hurt his finger,” Saban said. “The club on his left hand will be smaller during games and won’t affect him in games.”

Foster was limited in the last two days of practice, despite doing some individual drills.

The Auburn (Ala.) native is projected a first-round pick heading to next year’s NFL Draft.