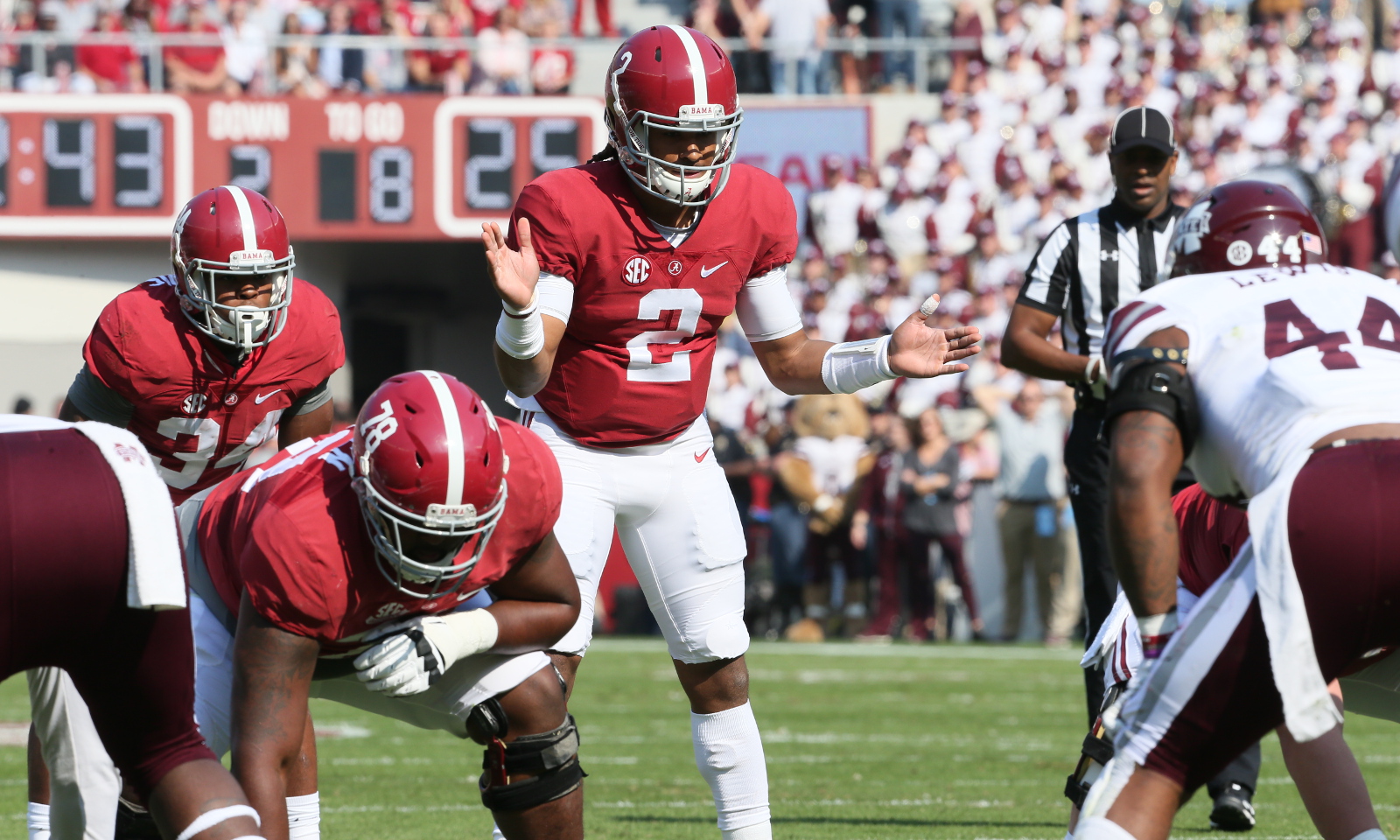 Regardless of tossing an interception, Alabama’s Jalen Hurts looked more comfortable in the first half against Mississippi State. He completed 20 of 28 passes for 244 yards, while being responsible for three touchdowns.

Wide receiver ArDarius Stewart has five catches for 126 yards, including a 67-yard touchdown grab in the second quarter. He’s eclipsed the century mark in yards for a second time this season and has five touchdowns.

Both Calvin Ridley and O.J. Howard were involved in the first half. Ridley brought in his sixth touchdown of the year, while Howard caught four passes for 22 yards. Running back Josh Jacobs had three catches for 34 yards.

Hurts is well on his way to a fourth 100-yard rushing performance.

He’s posted a game-high 89 yards on eight carries, including a four-yard score. His longest run, which was a 60-yard scamper, set up a 28-yard field goal from Adam Griffith.

Defensively, Reuben Foster is leading the group in tackles with six. Minkah Fitzpatrick has four total tackles, while a quad of players have three stops. Anthony Averett has two tackles and two pass breakups.

He’s limited Mississippi State’s wide receiver Donald Gray to one catch for 41 yards on four targets. Tim Williams was credited with the team’s lone sack, moving him to eight on the year (team-high).

A balanced attack has the Tide off to a 30-0 lead at halftime.