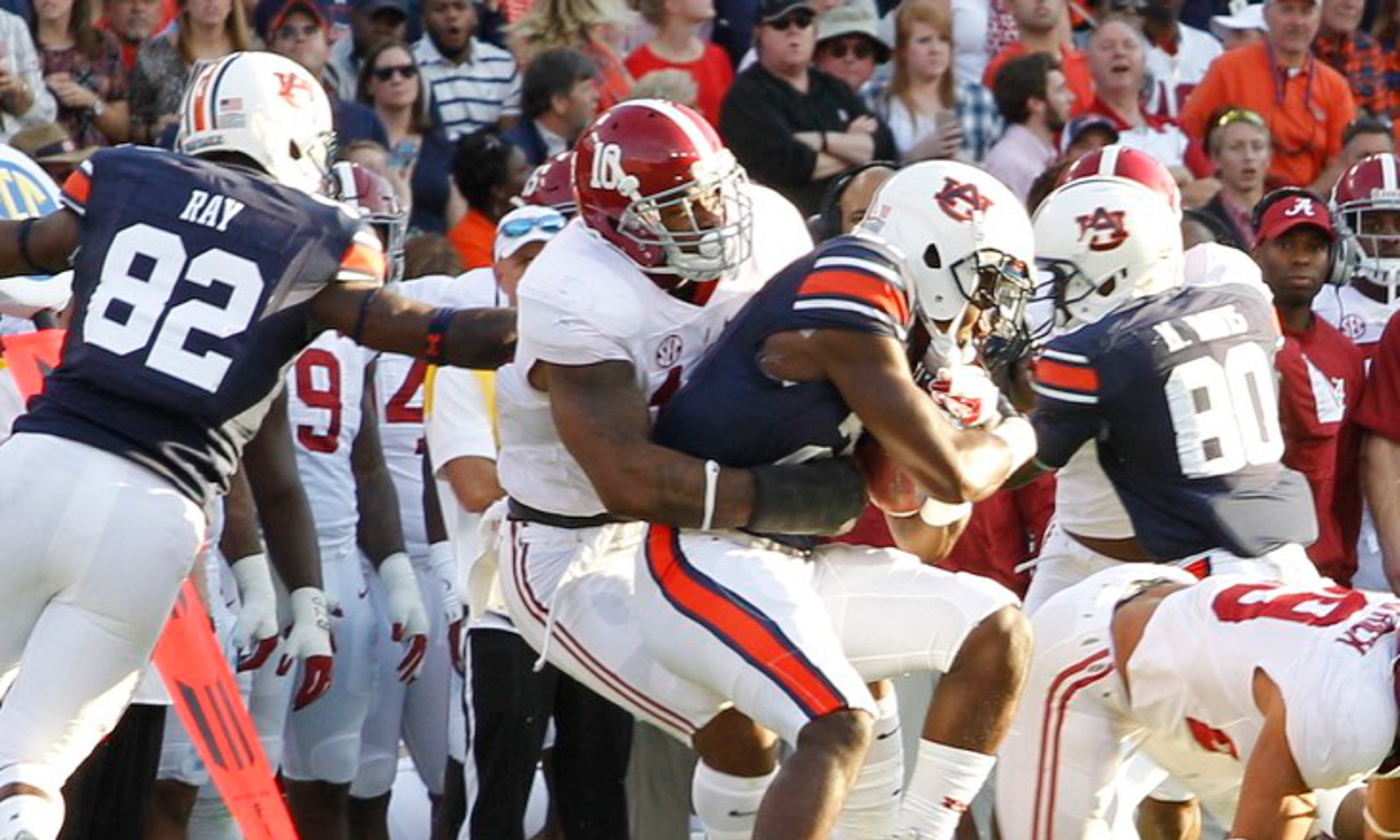 TUSCALOOSA—The 81st meeting of the Iron Bowl returns to Bryant-Denny Stadium on Saturday, Nov. 26 at 2:30 p.m. (CT), according to the Southeastern Conference office on Monday afternoon.

Despite already clinching the SEC West crown, coach Nick Saban and the Crimson Tide expect to use this year’s game as a chance to increase its possibilities of winning a second College Football Playoff national title.

Auburn (7-3) was on a six game win streak, before falling to Georgia last week.

The Tigers are averaging 32 points a game, and have a 1,000-yard rusher in sophomore Kamryn Pettway. If he’s able to play in the Iron Bowl, Pettway brings 1,106 yards and seven touchdowns on 173 carries.

His teammate, Kerryon Johnson, has 715 yards rushing and 10 scores on 147 attempts.

Auburn’s last win over Alabama came in 2013 (34-28); a year in which it finished the regular season at 12-2 and captured its eighth conference championship in program history. Coach Gus Malzahn and company may not control its own destiny, but it has a shot at ruining the Tide’s dream of having a second undefeated season.

CBS’ commentary team of Verne Lundquist and Gary Danielson will air the game.