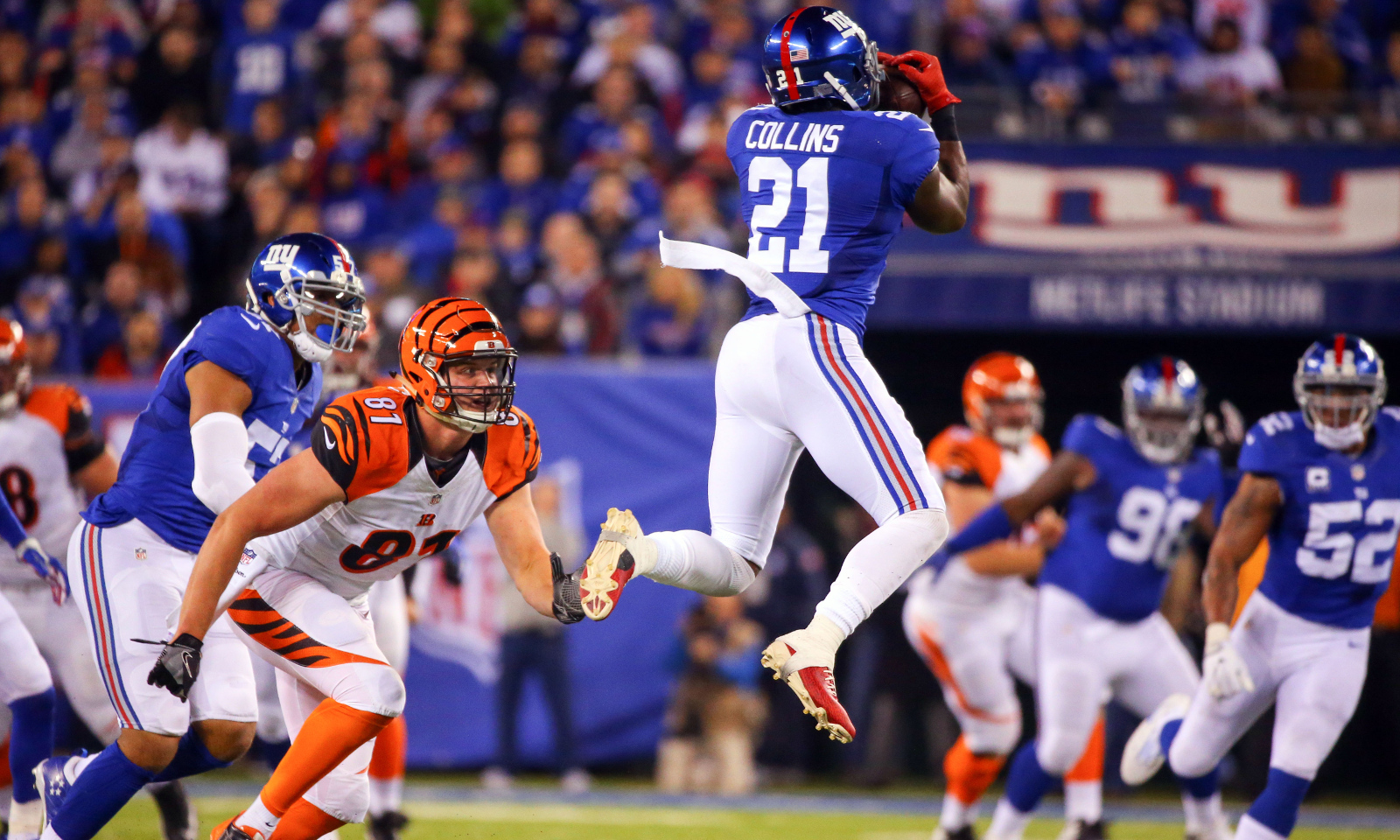 With the way he’s performed in the last few weeks, it’s hard to believe that defensive back Landon Collins fell to the second round of the 2015 NFL Draft. He’s emerged as the anchor for the New York Giants on defense, collecting four interceptions and a touchdown in three of the last four games (all wins).

Cincinnati Bengals quarterback Andy Dalton became Collins’ latest victim on Monday Night Football, as he recorded his fourth pick to preserve a 21-20 win for the Giants. Collins would be embraced by multiple teammates after getting the turnover, including defensive end Owa Odighizuwa—who picked him up in celebration once he reached the sideline.

The former Alabama safety also totaled five tackles, moving him to 74 on the year. He is the only player in the National Football League that’s leading his team in tackles, sacks (three) and interceptions in a season.