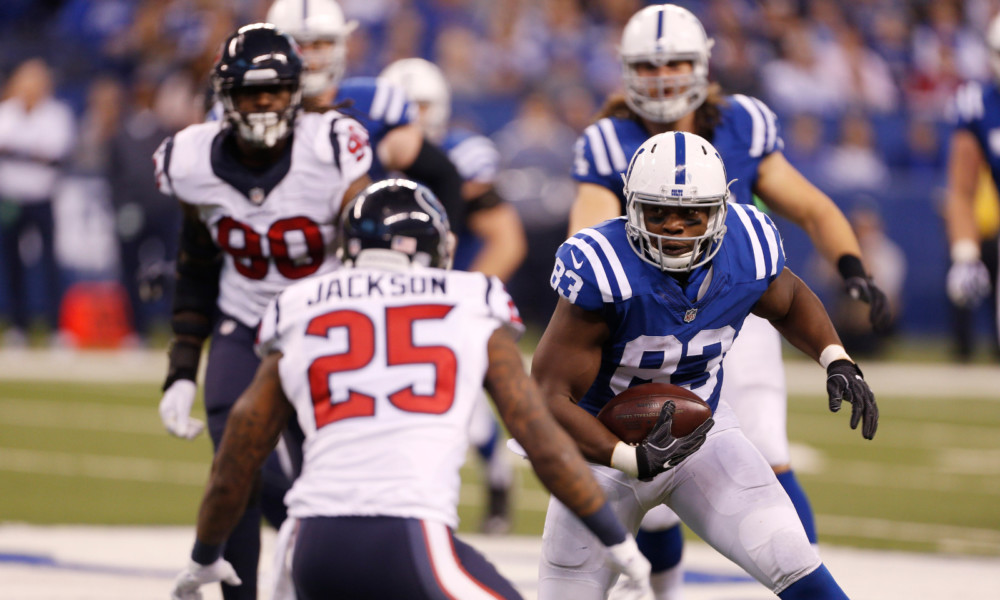 Kareem Jackson was a no-show (stats wise) in Houston’s first meeting against Indianapolis, but the seven-year cornerback came to play on Sunday at Lucas Oil Stadium to end a three-game skid.

He led the Texans’ defense with eight total tackles, including seven unassisted.

The former first-round pick (2010 NFL Draft) made it rough for the Colts to run the ball, limiting it to 83 yards with no scores on 15 carries. Jackson anchored a pass defense that forced two interceptions off the arm of quarterback Andrew Luck, while holding him to 68.4 passer rating. Houston’s 22-17 win gives it a sweep over Indianapolis and the tiebreaker over Tennessee for first place in the AFC South. As for Jackson, his eight tackles move him to 46 on the season. He’s also credited with four passes defended, including one for a pick.

Prior to the National Football League, Jackson was a four-star prospect from Macon, Ga., that enrolled at Alabama in 2007. He collected 159 total tackles, five interceptions and 27 pass breakups in three seasons (2007-09), while earning a Southeastern Conference championship and a BCS national title ring in 2009.