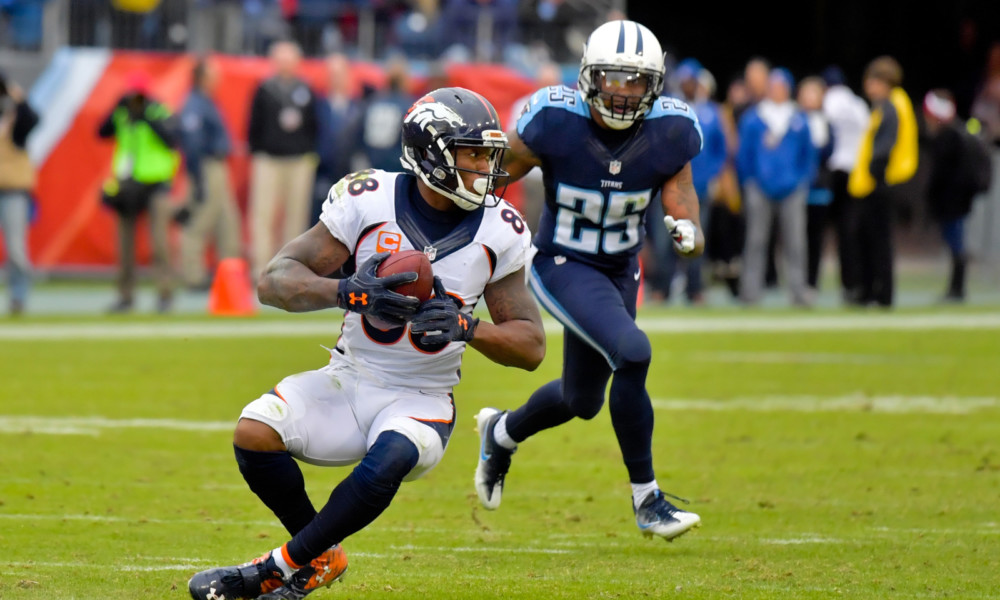 His name always seems so show up in the stats column during highly contested games.

For the Tennessee Titans, its early match-up against Denver wouldn’t prove anything different for free safety Rashad Johnson. Known for his communication skills in getting players lined up, the eighth year veteran had no problems shutting down the Broncos’ ground game. While he helped limit Gary Kubiak’s team to 18 yards rushing, Johnson and the Titans pass rush forced quarterback Trevor Siemian to attempt 51 passes.

Despite connecting on 35 throws for 334 yards with a touchdown, Siemian would witness Johnson combine for two forced fumbles. The latter came on Denver’s final possession of the fourth quarter, as Johnson aided Tennesse’s linebacker Avery Williamson in stripping the ball away from tight end A.J. Derby.

Johnson’s enact for making big plays started at Sulligent (Ala.) High School, but it was magnified during his two years at safety at the University of Alabama (2007-08). He would account for 11 interceptions, including five in his senior year. Johnson led the team in interceptions and pass breakups (11) in 2008, while being second in total tackles with 89. The 5-foot-11, 204-pounder was one of the team captains that year, while receiving first-team All-SEC and All-American honors. Johnson guided the Tide’s defense to an SEC West title in 2008.

Behind Johnson, the Titans’ secondary is beginning to find its stride.

As a whole, Tennessee is now tied with Houston for first place in the AFC South. Dreams of clinching a playoff berth are still in place for coach Mike Mularkey’s group, and part of that is the acquisition of Johnson.