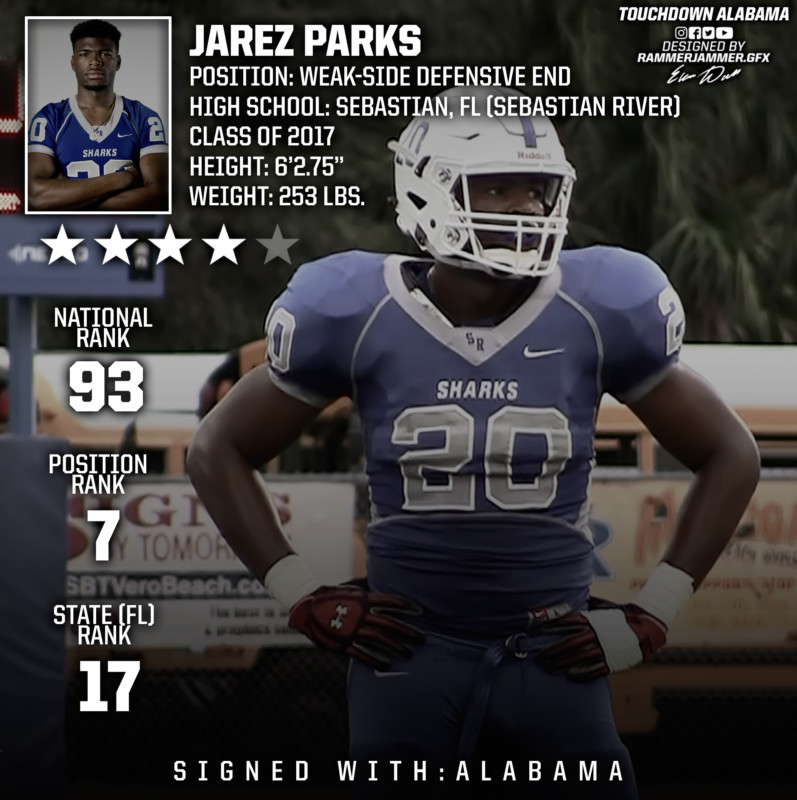 Another kid from Florida commits to the Tide, and this time it’s 4-star JACK Jarez Parks. Parks is a hybrid player, who could player both defensive end and linebacker at Alabama.

Parks was a guy that came right down to the wire for Alabama and Nick Saban. Alabama has always mantined a lead for the All American JACK. Parks is 6’3 and 250 and bringes a polished, athletic game.

Parks will bring a huge boost to the already outstanding LB class.

4-star LB Markail Benton has also sent in his LOI, holding off Auburn for a late flip.

Bobby Kunz is a Recruiting Analyst for Touchdown Alabama. You can follow him on Twitter at @TDALMAGKunz.