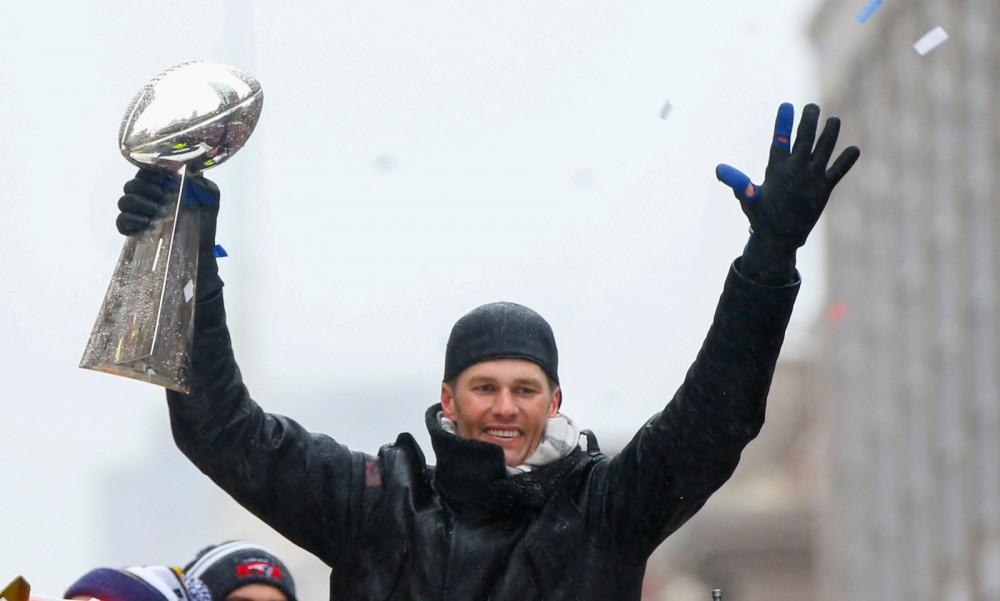 Ever since the Patriots had the miraculous comeback against the Falcons, (although some say it was just silly coaching on Atlanta’s part) you hear it everywhere: “Tom Brady is the best. Tom Brady is the GOAT. (Greatest of All Time)”

There’s another guy who begs to differ.While Brady is the first to five in this era of pro football that is constantly getting more and more technologically sound with the advancements in sports science and Windows surfaces on the sidelines and it having all of the glitz and glamor of million dollar ads, (Here’s to you Super Bowl.) he’s not the only five time World Champion in NFL history.

Insert a man named Bart Starr of the Green Bay Packers and his prolific run with a guy you might have heard of, Vince Lombardi. Now I know what the older Pats faithful are thinking, “Brady is the first to win five Super Bowls.” This is true. However, Bart Starr could not win five Super Bowls because two of his titles were BEFORE the Super Bowl even existed. (Yes that’s right, Starr won world titles before there was a Super Bowl. Impressive huh?) So of all the talk that had circulated since Brady had won his third Super Bowl about who the GOAT at QB was Brady or Montana, did we forget (Cue the sample of Dr. Dre’s “Forgot about Dre.”)  about Starr?

It has to be taken into consideration that every quarterback from Namath to Montana to Brady was chasing Starr’s five titles. For the longest time, there wasn’t anyone close to getting there. Montana probably could have but he decided to end his career on his terms. Now that Brady has tied it, instead of Beatlemania, we have BRADYMANIA.

So let’s make the case for Brady first shall we? First, he has all of the passing records in the post season: most pass attempts (62) most completions (43), and most passing yards among others. He has four Super Bowl MVPs, which overtook the record of three set by Joe Montana. He is the ultimate comeback kid with three Super Bowl fourth quarter comebacks. (Some of the wins were contributed to the leg of a Hall of Fame kicker, we see you Adam Vinateri.) Brady has had 10 game-winning drives in the post season, the most of all time. (Again, hi Adam.) That’s just a few of his stats that are still whether you love him or you hate him, impressive.

Then there are the wins and losses, because we live in a world where wins, losses, and championships matter right?  In the post season he’s gone 25-9. That’s a postseason percentage of .735. Not bad right? His overall record is impressive too. Throughout his career he’s gone 208-61, which is a percentage of .773.

That is definitely amazing and remarkable, but then there are World Championships. Brady has played in seven super bowls which is a record in itself. He’s 5-2 in Super Bowls as Eli Manning and the Giants appear to be his kryptonite on the big stage. He’s won two Super Bowls back to back, (One of the two you can again say, “Thanks Vinateri.” Hopefully, Tom still sends him thank you and Christmas cards for SuperBowls XXXVI and XXXVIII.) That being said, he was the quarterback of the team that won the Super Bowl five times so yes, he is a five time Super Bowl champ. (Did I mention that two of those five Super Bowls Vinateri won with his foot? Just checking.)

Now we go to the quarterback who had arguably the greatest NFL coach of all time as his coach. (Belichick? Where’s his trophy at again?) Starr played football for the University of Alabama from 1952-1956 at a time when Alabama was going through some problems. However that does not mean that a certain coach that was coaching at Kentucky but would later coach in Tuscaloosa with the nickname “Bear,” did not offer him. In fact he was practically by all accounts an eye lash bat away from accepting a scholarship to play football for Bryant and the Wildcats.

Starr had the most success though when he played football for Vince Lombardi in Green Bay as a Packer. In his career, he had in 196 games 24,718 yards passing which as an average of 7.8 yards a play and he had a completion percentage of 57.4%. He had 152 touchdowns and 138 interceptions. He played for 15 years.

Brady has played for 16.

Now don’t let Starr’s statistics fool you. Here is where things get dicey. Like the Jordan-James conundrum, we judge the best by wins and titles. Well, what if King James and Jordan were tied with six rings? Then, we would probably have to move on to postseason stats, wins and NBA Finals appearances.

We have established Brady is 25-9 with a post season percentage of .773. Starr’s postseason record was 9-1. NINE AND ONE. That one loss was in the NFL championship versus the Philadelphia Eagles. So by that math, Starr has one less loss in the title game and a higher post season percentage. As they say on informercials, “But wait there’s more!” That first title game was his first playoff game. Then came the streak of nine straight playoff wins. He was the MVP of Super Bowls I and II and he helped win a title on a QB sneak in the Ice Bowl versus the Dallas Cowboys in the final seconds of the game. He went to the pro bowl four times ( 1960-1962, 1966. ) and was selected NFL league MVP in 1966.

The thing that really defines Starr’s resume are the streaks. Yes there was the nine game streak of playoff wins and granted Tom won back to back Super Bowls albeit with a kicker for one of them, Bart Starr won the NFL championship also in streaks. He won the 1961 and 1962 titles and then won three straight from 1965-1967. (Or “three-peated” as they call it.) In that span he won Super Bowls I and II, both memorable games against the Cowboys for different reasons. Lombardi was asked after Super Bowl I what it was like to be the best team in the world and he replied, “I don’t know. We haven’t played Alabama yet.” Super Bowl II was the Ice Bowl game.

The most valuable information that sets these two football players apart are not only the streaks but Starr never needed a kicker to help him win the game for him. (Nor did he need an interception at the one yard line.) So is Tom Brady really the GOAT? Sure his stats are unbelievable but he really didn’t play to the level of Starr when the game was on the line, where Starr pretty much won his titles with very little help.

There was no kicker to save him and he won the Ice Bowl on a sneak that he called. Maybe the GOAT really was from Montgomery, Ala., and donned crimson and white and Packer green and yellow.