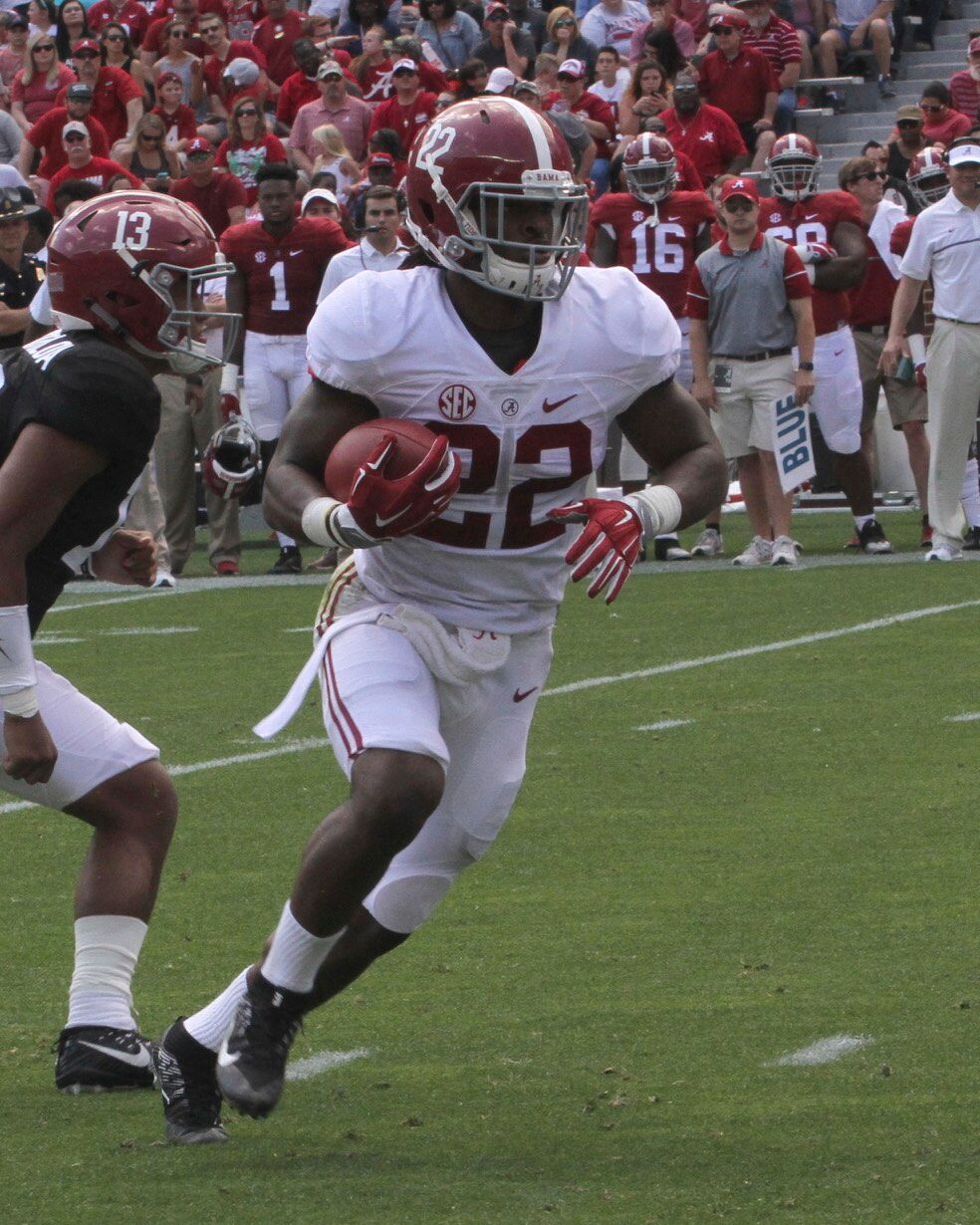 As the saying always goes, “Never underestimate anyone”. Alabama Crimson Tide freshman running back, Najee Harris may just be fresh out of high school, but college football head coaches around the country have not hesitated on starting true freshmen if necessary.

The moment Harris made a verbal commitment to Alabama, fans have been raving about how multi-talented the true freshman is with the ball in his hands.

The 19-year-old came out of Antioch High School in Antioch, California where he was ranked as the nations No.1 player.

The five-star recruit is certainly living up to his rating and the hype as he shined for the White team in the Alabama Crimson Tide spring game.

Harris had a great spring with the team after deciding to enroll early to get reps in and a feel for the college game. On his first carry in the spring game, he “wowed” everyone at Bryant-Denny stadium with his quickness, his ability to get to the outside and bounce free from tacklers as he ran for a 20-yard gain.

The five-star freshman finished his opening debut totaling 70 yards on 17 carries and catching 3 passes for 37 yards.

As exciting as it was to watch the true freshman, this show he put on was a glimpse of the future at running back.

Damien Harris and Bo Scarbrough may have more game experience than Harris, but don’t count the talented true freshman out of the race. All eyes were on Jalen Hurts for the spring game, but the eyes were  also on Harris as well to see what the future at running back is going look like.

It would be no surprise if Harris is pulled from the bottom of the depth chart to become the number one back late in the season, or if he even gets to share time with Damien Harris and Scarbrough.

His physical toughness, vision, change of direction, blazing speed, and soft hands out of the backfield will make defensive coordinators grind their teeth, pull hairs off of their leg and having to stay up late watching tape because of how complete of a running back he is.

Alabama football will be quite interesting this season with some new faces on offense, and with the battles at every position that’s going on currently to see which player will be starting this coming season.

Michael Cannady is an intern for Touchdown Alabama Magazine. You can follow him on Twitter at : @mike_can21