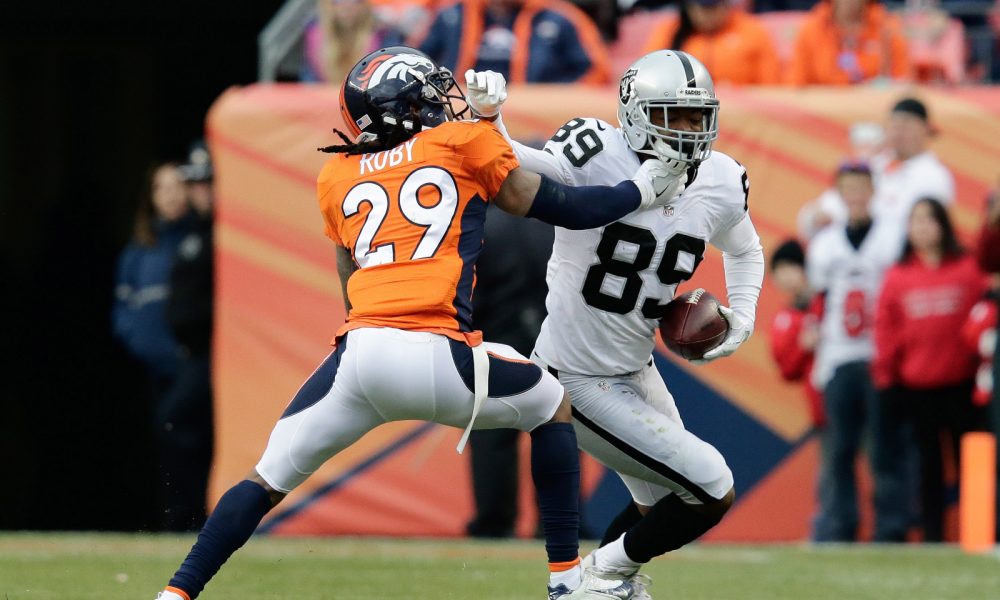 He’s quickly becoming a star and his career is still young.

He brought in 83 receptions for 1,153 yards and five touchdowns a season ago, helping Oakland capture a playoff berth for the first time since 2002. After being named to the All-Rookie team via Pro Football Writers of America in 2015, the former University of Alabama standout has been selected to two straight Pro Bowls.

He has collected 155 receptions for 2,223 yards and 11 touchdowns in two seasons.

Before his arrival to the National Football League, Cooper was a four-star athlete and dominant weapon at Alabama from 2012-14. He re-wrote the history book for freshmen in receiving, amassing 1,000 yards and 11 touchdowns on 59 catches. The Miami, Fla., native would set the school’s single season record in 2014 with 124 receptions for 1,727 yards and 16 touchdowns, en route to earning the Fred Biletnikoff, unanimous All-American honors and the Southeastern Conference’s Offensive Player of the Year. He would end his tenure as the Crimson Tide’s all-time leading receiver with 228 catches for 3,463 yards and 31 scores in three years.